Six standout Israeli companies are being cited for their advanced technology that could really turn the tech tide for the future; These companies fall into several categories including food, cybersecurity, sensor tech, and more! 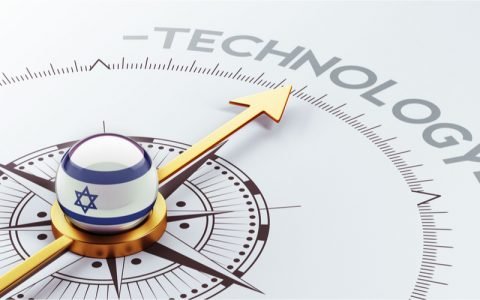 The World Economic Forum (WEF) has cited six Israeli companies in its 100 Technology Pioneers for 2020 article. Companies who make this list are seen as those who are most likely to take technology into its next phase of advancement on a global scale. When the WEF released its rankings, they stated that they consider these companies to be “future headline-makers addressing global issues with cutting-edge technology.”

Head of the Global Innovators Community for the WEF, Susan Nesbitt, stated, “This year’s class of Technology Pioneers are improving society and advancing their industries around the world. These are the companies that think differently and stand out as potential game-changers. We’re looking forward to the role they’ll play in shaping the future of their industries.”

The six Israeli companies making the list fall into several different categories. These companies and their field(s) are described on their websites as follows:

Aleph Farms – Co-founded by Professor Shulamit Levenberg of the Technion Institute of Israel and The Kitchen Hub (a food-tech business), Aleph Farms is paving a new way forward in the field of cultivated meat, growing delicious, real beef steaks from the cells of cows, eliminating the need for slaughtering animals or harming the environment.

MorphiSec – Led by CEO Ronen Yehoshua, MorphiSec is transforming endpoint security with our pioneering Moving Target Defense. Our solutions deliver operationally simple, proactive prevention unbound by the limits of detection and prediction. We protect businesses around the globe from the most dangerous and sophisticated cyberattacks immediately, efficiently and absolutely.

Prospera – Enhancing the productivity of the agriculture industry, Prospera visualizes your entire production on a single-pane of glass. With unprecedented levels of control & traceability you can streamline your performance across any number of farms and support your decisions with fresh, accurate and complete data. Prospera helps you grow healthier, higher-quality crops. It continuously monitors, enforces and optimizes irrigation, pollination, phenology, fertilization, Pest & Disease, and agro-technical protocols. It helps your agronomists plan with more precision, and optimize their growing systems with confidence.

Seebo – Helping other production companies maximize their efficiency and output, Seebo’s artificial intelligence Aggregates data from the production line, including data from automated quality inspection systems, and applies process-based machine learning to predict and help prevent process issues that drive scrap and rework. A couple of their major customers are Nestle and PepsiCo.

Known as the “startup” nation, it’s impressive but no surprise that Israel would have six companies make this list of 100 in a competitive, global field. According to the WEF, Israel was estimated to have over 4,000 active startups as of early 2019.

Resembling the size of New Jersey with a modern history of only 72 years, Israel continues to make tech waves on a global scale. The technology coming out of the Jewish State not only betters their own country but continues to be a blessing to the entire world.