Whose Land is it Anyway? A US Ambassador’s Case for the Jews

Has the world been deceived when it comes to who Jerusalem belongs to? Why does it matter that Israel obtains sovereignty over the Golan? Who truly has the rights to Judea & Samaria? It is possible for Jews & Arabs to reside together there? US Ambassador to Israel David Friedman visited Israel on Wednesday speaking to each of these topics, making the case archeologically, biblically, and historically as to why Jewish settlements in Judea & Samaria are unquestionably legal.

United States Ambassador to Israel David Friedman visited Israel on Wednesday, reviewing the Trump Administration’s role in several key decisions that have impacted Israel in no small way over the last three years. In his visit, Friedman used overwhelming evidence to prove that each of the three crucial decisions made by the White House regarding Israel are well within the realm of legality.

He spoke at the Kohelet Forum Conference, putting a heavy emphasis on the legality of Jewish settlements in Judea & Samaria, known by many as the West Bank. In his visit, he stated, “Since coming here, I’ve worked to add one more item to a busy agenda: helping to find a fix to the issues that still linger from the Six Day War.” He went on to review all that transpired during the Six Day War, stating, “In just six days of battle, Israel tripled in size, gained critical buffers against its enemies, reunited Jerusalem and demonstrated to the entire world that it was here to stay. In the years that followed, Israel entered into peace treaties with two of the warring nations on its border – Egypt, and Jordan – and it returned more than 88% of the land that it captured. But it didn’t make peace with everyone and when we came into office the lingering issues included three of significant importance: the status of 1) Jerusalem, 2) the Golan Heights and 3) Judea and Samaria. We have approached them in ascending order of complexity.” The United States has successfully addressed the first two subjects and is now working on the third.

Of the US decision to move their embassy to Jerusalem on December 6, 2017, Friedman stated, “With regard to Jerusalem, we were assisted by a 22-year-old statute passed overwhelmingly, and reaffirmed in subsequent years, again overwhelmingly, by the Congress of the United States. From any and every vantage point, whether US law, biblical history or the facts on the ground, it was undeniably true that Jerusalem was the capital of Israel. If you read the statute, there is an affirmative mandate for such recognition. While the move of the embassy was subject to presidential waiver on the grounds of national security, the recognition itself had no such feature. For 22 years I watched from a distance as this law on the books of America was simply ignored by Republican and Democratic president alike.”

From any and every vantage point, whether US law, biblical history or the facts on the ground, it was undeniably true that Jerusalem was the capital of Israel.

As archeologists continue to excavate in and around Jerusalem, there is no finding that supports the theory of this land historically belonging to the Arabs, however, there are frequent findings that support exactly what the Bible has to say, that this is the homeland of the Jews. 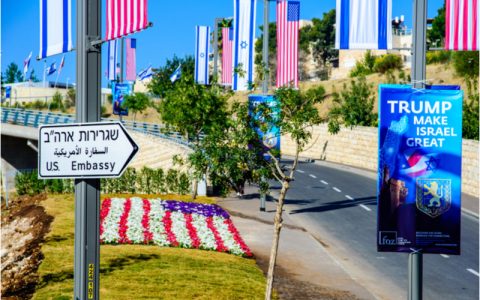 As to the US recognizing the Golan Heights as Israeli territory on March 25, 2019, Friedman stated, “Regarding the administration’s decision to recognize the Golan Heights, Friedman said: “UNSCR 242 – the agreed upon architecture for the resolution of this conflict – requires territorial concessions by Israel only in exchange for ‘peace within secure and recognized boundaries. In recognizing Israel’s sovereignty over the Golan Heights, President Trump, evaluating the continuous malign and barbarous threats posed by Syria, concluded that no northern boundary for Israel would be secure except a boundary that incorporated the Golan. He acted well within the language of 242.”

The Golan is a key military/security area for Israel. As you make your way to the top of the Golan Heights, you can see miles into the distance, primarily in the directions of Lebanon & Syria. This is a key position for Israel to defend itself from Iranian proxies that often attack them from inside of both neighboring countries. 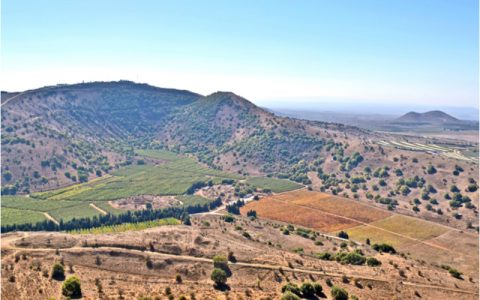 On November 18, 2019, US Secretary of State Mike Pompeo announced the White House’s acknowledgement of Jewish settlements in Judea & Samaria as legal. Ambassador Friedman, speaking to this critical announcement that he refers to as the ‘Pompeo Doctrine’, stated:

“Judea and Samaria – the name Judea says it all – is territory that historically had an important Jewish presence. As they say, it is the biblical heartland of Israel. It includes Hebron, where Abraham purchased the burial cave for his wife Sarah, Shilo, where the tabernacle rested for 369 years before the Temple was built by King Solomon in Jerusalem, Bet El, where Jacob had his dream of the ladder ascending to heaven, Kasr al Yehud where Joshua led the Israelite nation into the Promised Land and John the Baptist baptized Jesus, and so many other famous locations. After the Ottoman Empire fell, Judea and Samaria, along with the rest of what was then referred to as Palestine, became subject to a British Trust which was subject to the Balfour Declaration, the terms of the San Remo conference and the League of Nations Mandate. In simple terms, the British were obliged to facilitate settlement of the Jewish People in this land. That’s not to say that Jewish settlement was exclusive, that no one else had the right to live there. But Jews certainly did. We then fast forward to 1967 and the Six Day War. After being attacked, Israel recovers Judea and Samaria from Jordan. Jordan had occupied Judea and Samaria for only 19 years and almost no one recognized its rights to the territory. So, intuitively, who has a good claim to the land? Israel, whose historical and legal rights were recognized by the League of Nations, Jordan, which was there for only 19 years with virtually no legitimacy, and which, in any event renounced its claim to territory West of the Jordan River in 1995, or the Ottomans who washed their hands of Palestine after WWI. The answer, with all due respect to all the scholars, seems obvious. And because that was so obvious, the goalposts started to move. The Armistice Line of 1949-a line to which the enemies of Israel agreed to hold until they re-armed and again sought Israel’s destruction (as they did in 1973) – all of a sudden became the inviolate ‘Green Line,’ the limit of Israel’s territorial entitlement. Settlements became per se illegal under amorphous notions of international law that no one could seriously reconcile with San Remo or the League of Nations Mandate. Resolution 242 became a mandate for Israel’s withdrawal from all captured territory even though the resolution was heavily wordsmithed to avoid such an interpretation, and even though the US representative who negotiated 242, Yale Law School Dean Eugene Rostow, has said that Israel has an unassailable right to settle Judea and Samaria.” 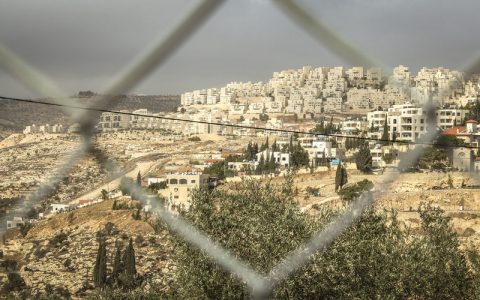 Ambassador Friedman would sum up his statements by acknowledging that while for decades, US administrations haven’t done anything to pave the way for Jews & Arabs to live peacefully in Judea & Samaria, this move by the White House opens the door of possibility. He stated, “It does not obfuscate the very real issue that 2 million or more Palestinians reside in Judea and Samaria, and we all wish that they live in dignity, in peace, and with independence, pride and opportunity. We are committed to find a way to make that happen.” He would also acknowledge that Pompeo’s announcement of the legality of Jewish settlements doesn’t mean that Arabs can’t live there as well.

He closed his session in stating, “We invoke your ideas and your prayers and getting to that point. Your help is very much appreciated. May God bless you. May God bless Israel and may God bless the United States of America. Thank you.”