Following the signing of the Abraham Accords, which led to the normalization of diplomatic ties between Israel and the United Arab Emirates (UAE), several economic, medical, and technological exchanges have taken place. However, perhaps one of Israel’s most prestigious technological advancements is about to become a reality for the Gulf State – water from thin air. 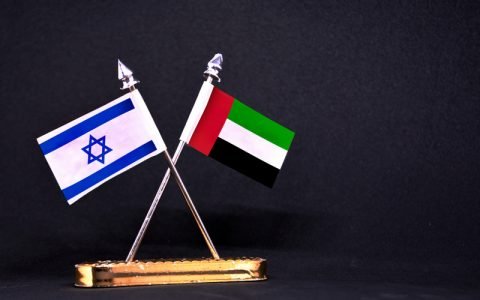 Israel’s WaterGen is famous for its patented technology that ‘creates high-quality drinking water out of the air for people everywhere.’ In fact, this technology hasn’t been used only to benefit the Jewish State, but Israel has utilized it to help other countries as well, including several in Africa, as well as Brazil, India, and Vietnam. Now, the UAE’s Al Dahra, following an agreement with Israel’s WaterGen over the weekend, will also be reaping the benefits of this awesome technology.

WaterGen’s solution not only saves resources, but it genuinely has the ability to help people in need. Their system and its technology are capable of producing approximately 5,000 liters of clean drinking water per day.

The UAE’s Al Dahra Holding Company is a ‘prominent multinational leader in agribusiness, specializing in the cultivation, production and trading of animal feed and essential food commodities and end-to-end supply chain management.’ The agreement between the two companies “aims to establish a strategic partnership between the two sides to produce water from the air, creating a renewable source of pure water for human and agricultural consumption,” according to WAM.

As noted by WAM, a mutual, permanent center will be constructed in Abu Dhabi for “manufacturing and distributing drinking and irrigation water production equipment.”

In response to the signing of the agreement, WaterGen President & CEO Dr. Michael Mirilashvili brought to light the significance of the signing of the Abraham Accords, stating, “From the moment that we signed this agreement, it has shown how important the signing of the Abraham Accords was and the tremendous wisdom of our leaders in making this breakthrough for our region and the world. Though I had other plans, as soon as I learned of the accords, I rushed here in order to show the world the tremendous impact and importance of this historic step. With this agreement, we’re showing our two nations, the region and the world, what is possible with peace.”

The agreement between WaterGen and Al Dahra is one of many new partnerships underway since the normalization of ties between the two countries. Other countries to recently normalize their ties with Israel include Bahrain and Sudan, with other Gulf States on the horizon. And as these relationships continue to unfold, undoubtedly, you will see Israel’s economic, intuitive, and positive influence continue to spread throughout the region and world.