Two United States senators have proposed a bill that would put research funding in place between Israel and the United States; Israel is seen as a powerhouse when it comes to technology.

With the goal of conducting top-level research in the realms of science and technology amid the ongoing global battle against COVID-19, two United States senators have proposed a bipartisan bill that would provide funding for joint-research between Israel and the United States. 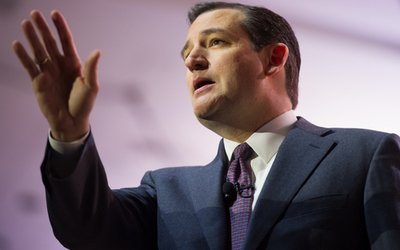 Senator Ted Cruz (R-Texas) and Senator Chris Coons (D-Delaware) have proposed this bill that would make way for $12 million in funding to be provided in the next relief bill “to enhance partnerships between companies in the United States and Israel to develop innovative medical projects aimed at detecting, treating, and curing COVID-19.”, according to their shared statement.

$12 million may initially sound like a significant amount of money, but if you were to review the current relief bill, you’ll find numerous areas where hundreds of millions of dollars were allotted.

So, the question is, why Israel?

It’s no mystery that Israel is revered as a technological powerhouse. Items such as sensors, artificial intelligence, microchips, monitoring, etc., are no stranger to Israel and will unquestionably be relied upon in future research. According to the Bloomberg Innovation Index, Israel ranked the fifth most innovative country in the world in 2019; a country that is approximately the size of New Jersey.

With the United States being the world superpower that it is, it’s quite fascinating that they’d rather invest $12 million into research with Israel than any other country on the planet at such a time as this.

In his portion of the statement, Senator Cruz claimed, “I’ve long said that China poses the most significant, long-term geopolitical threat to the United States. Our dependence on China for life-saving medications and treatments is deeply problematic. Israel is not only our friend and ally, but also a global leader in medicine with which we already cooperate on exactly those issues. I’m proud to push forward to ensure both American and Israeli companies can work together to develop cures and treatments to defeat COVID-19.”

Senator Coons also added, “The United States and Israel are world leaders in the medical technology industry, and it is in the interest of all Americans, Israelis, and the rest of the world that we work together to fight COVID-19. This virus knows no borders, and our bill underscores the importance of international collaboration in the face of a truly global pandemic.” 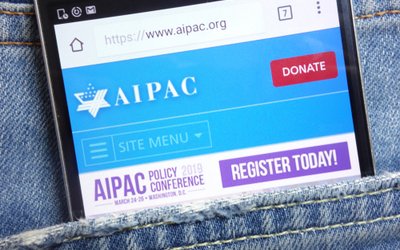 The Success of Israel Comes from the God of Israel

Not only is Israel highly-esteemed as a giant in the technology world, but even more recently, Forbes recently ranked the Jewish State as the no.1 safest place to be amid countries that have been afflicted by the coronavirus.

The success of the Jewish State comes from none other than the God who put them back in their land. After being driven out of the land for nearly 2,000 years, the Lord restored them in the 20th century (1948). Amazingly enough, He said He would do so through the prophet Ezekiel some 2,500 years ago! Though driven from the land as a consequence of disobedience to God, the Lord said He would sovereignly restore them one day – not because of anything good in them, but because of His faithful character. Not only did God promise to restore them, but He promised to make them flourish in the land; such results the world has been witness to now for over 70 years.

In the end, it’s no mystery as to why Israel is beaming like they are today. God said they would and He is responsible for it. Not only do they have an outstanding relationship with the US, but Israel is even partnering with former enemies like Egypt and Jordan when it comes to oil trade.

Taking it another step further, God revealed another aspect to this promise:

His intention for the world to see Him for who He is through His dealings with Israel as a nation.

In his relationship with Israel, we find that God is consistent in His justice, mercy, compassion, sovereignty, and unconditional love.

If this isn’t enough, it gets even better. God isn’t just going to make them flourish in the land. One day, He’s also going to spiritually restore His chosen nation.

Ezekiel 36:26-32
“Moreover, I will give you a new heart and put a new spirit within you; and I will remove the heart of stone from your flesh and give you a heart of flesh. “I will put My Spirit within you and cause you to walk in My statutes, and you will be careful to observe My ordinances. “You will live in the land that I gave to your forefathers; so you will be My people, and I will be your God. “Moreover, I will save you from all your uncleanness; and I will call for the grain and multiply it, and I will not bring a famine on you. “I will multiply the fruit of the tree and the produce of the field, so that you will not receive again the disgrace of famine among the nations. “Then you will remember your evil ways and your deeds that were not good, and you will loathe yourselves in your own sight for your iniquities and your abominations. “I am not doing this for your sake,” declares the Lord GOD, “let it be known to you. Be ashamed and confounded for your ways, O house of Israel!”