Israel will begin commemorating the lives of those lost since the nation’s rebirth on Tuesday evening; Yom HaZikaron is immediately followed by Yom HaAtzma’ut – the celebration of Israel’s independence, which amounts to 73 years in 2021.

John 15:13
Greater love has no one than this, than to lay down one’s life for his friends.

Tuesday evening will mark the beginning of Israel’s Memorial Day, or Yom HaZikaron, observance. Yom HaZikaron is a day of remembrance for the Jewish State’s fallen soldiers, veterans, and victims of terrorism. Nearly 24,000 Israeli soldiers have died since the nation was reborn in 1948, with numerous others being injured. Well over 3,000 Israelis have been killed from acts of terror as well. 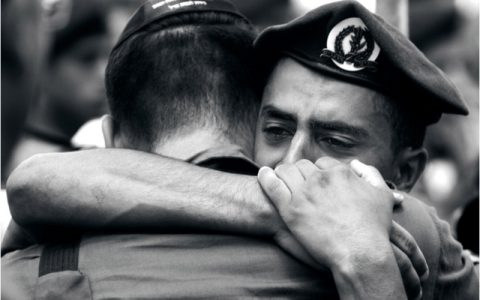 At 8:00 PM Israel Time on Tuesday, a one-minute siren will implement the beginning of Yom HaZikaron. At the sound of this siren, Israelis throughout the country will stop what they’re doing and honor those who went before them. Unlike several other countries around the world, most if not all Israelis are or were once soldiers. An additional siren will sound at 11:00 AM on Wednesday.

Following the second siren, several ceremonies will commence throughout the day. The Israeli flag will be lowered to half-staff, and radio stations throughout the country will play recordings about the history of Israel’s wars.

One cannot emphasize enough the value given to each person serving in the Israel Defense Forces (IDF). To provide you with a specific example, in most countries, the engine of a combat tank will be located in the back of the machine. That way, if a tank is targeted in the front and the soldiers die, there is the possibility of salvaging the engine to reuse it. This is not the case in Israel, as its tanks are equipped with engines in the front, meaning that if an attack were to occur and the tank was struck, the engine might be destroyed, but the soldiers are safe.

Due to COVID-19, 2020 marked the first time that all cemeteries were closed on Memorial Day.

There’s no question as to the significance of this day, for, without the commitment of the Jewish men and women to defend their God-given land throughout history, there would be no Jewish State. This is why Memorial Day comes immediately before Independence Day, or Yom HaAtzma’ut, in Israel.

Today, Israel’s military is ranked the 14th most powerful in the world.

Yom HaZikaron will conclude with a torch-lighting ceremony at Mt. Herzl. Furthermore, it marks the beginning of Independence Day. 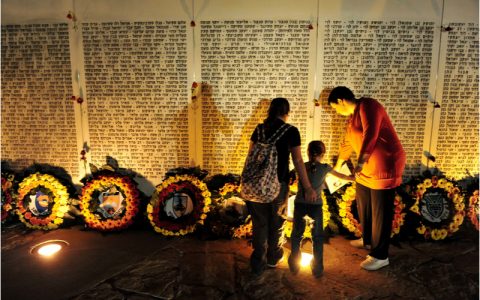