Citing confidence in the technological capabilities of the Jewish State, Arizona (USA) has opened its first trade office in Tel Aviv with hopes of an annual trade exchange of $1 billion. This is Arizona’s only international trade office outside of Mexico. 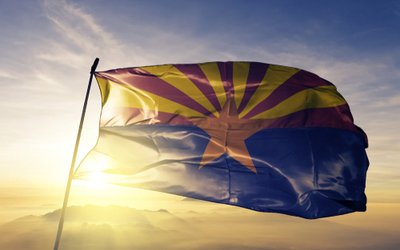 Arizona is partnering with Israel in an effort to increase trade revenue in 2020. The agenda will be led by well-known entrepreneur David Yaari, who is seeking to increase trade connections between Israel and Arizona that will amount to $1 billion in the next year. This agenda will highlight economic growth through different investments, trade, and technological partnership. The trade office is located in the Alon Towers in Tel Aviv, where you can view the beautiful Mediterranean coastline.

Doubling the trade revenue from 2010, the two states reached $460 million for the year in 2018. $1 billion is no small feat given the current global pandemic that has crippled several economies.

Arizona Governor Doug Ducey voiced strong support for this partnership which led to the opening of Arizona’s trade office in Israel, stating, “There is much in common between the State of Israel, which is the startup nation, and the State of Arizona, which is the startup state.” Ducey is an entrepreneur himself, founding the famous US ice cream chain, Cold Stone Creamery, in 1988.

Near the end of 2019, when the opening of the office was originally announced, Ducey stated, “The opening of Arizona’s trade office in Tel Aviv, Israel, promises to further advance the strong relationship between our states. We look forward to increased collaboration in our shared areas of strength — technology and innovation, research and development, entrepreneurship and more.”

Arizona Commerce Authority President & CEO Sandra Watson included Israel in her list of significant international relationships while stating, “Israel is key among those relationships and we’re thrilled to be establishing a physical presence there with the launch of this new trade office. I’d like to thank Governor Ducey for his incredible commitment to growing Arizona’s economy, and Representative Rivero for his leadership in helping establish our Israel office.”

With both destinations sharing a similar climate, this relationship has an even greater effect, especially when it comes to water technology. Ducey praised Israel’s ability to maximize water use in early 2020, stating, “Israel is the only place in the world that’s better at water than Arizona…”

Israeli water technology is perhaps most popular due to their ability to produce drinking water by pulling moisture from the air; a technology they’ve used to help less fortunate countries in the region who struggle to maintain access to clean water, especially in eastern Africa.

On top of water technology, there are several Israeli-owned businesses in Arizona to this day that fall within the confines of airlines, financial services, innovation, and technology. Economically, Israel truly is an anomaly in its region. While several surrounding nations are fighting for their survival, Israel is recovering from the COVID-19 lockdown with positive numbers. Not only does the Israeli economy have strong cash reserves, but its credit rating is an AA-.

Coming out of this global economic catastrophe, there’s no better trade connection in the Middle East than the Jewish State. 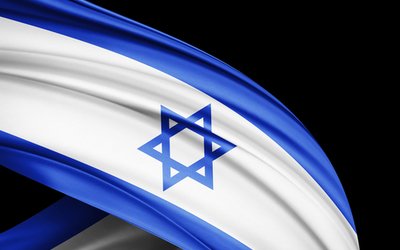