The True Meaning of Hanukkah

Amir’s commentary on Hanukkah as Jews throughout the world commemorate the Festival of Lights. 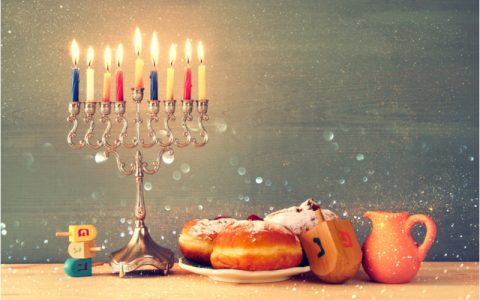 Hanukkah, also known as the Festival of Lights, is a holiday based on the story and tradition of the Jewish people’s defeat of the Seleucid Empire (Syrian-Greeks) in the Holy Land. In the 2nd century BC (165), a small army of Jews called the Maccabees staged a rebellion against the Seleucids during their attempts to Hellenize the Jewish people and the land of Israel.

Under the reign of Antiochus Epiphanes IV, the targeting of the Jewish people was magnified. He used the priesthood to implement his agenda by appointing his own high priest. He even used the funds from the Temple treasury to support his military pursuit concerning Egypt. And in his more severe attempts of Jewish persecution, he stole items like the menorah from the Temple and even placed an idol of Zeus inside. He believed that he himself was Zeus-manifest. But perhaps his most notorious act was when he desecrated the Temple by slaughtering a pig on the altar.

The Maccabean Revolt commenced in 167 BC following a decree from Antiochus IV that ended Jewish religious practice, which led to a Jewish priest named Mattathias killing a Hellenized Jew who made sacrifices to idols. He also killed the Greek official who enforced the sacrifice(s). He would die just one year later after fleeing to the mountains with his five sons, and it was his son, Judah Maccabee, who staged the rebellion mentioned above. After their eventual victory, the Maccabees would make their way into Jerusalem, rededicate the Temple, and install the youngest brother as high priest.

Interestingly enough, Judah’s nickname was “Maccabeus,” which is derived from the Hebrew word for “hammer” (מַקָּבָה).

The book of Daniel undoubtedly makes several mentions of Antiochus IV without mentioning him by name, and it’s commonly believed that both Antiochus and the Maccabees were in view when the angel Gabriel clued Daniel in on the future:

Daniel 11:31-32
And forces shall be mustered by him, and they shall defile the sanctuary fortress; then they shall take away the daily sacrifices, and place there the abomination of desolation. Those who do wickedly against the covenant he shall corrupt with flattery; but the people who know their God shall be strong, and carry out great exploits.

A Jewish tradition at the time was to light Chanukiah (Hanukkah Menorah) in the Holy Temple in Jerusalem daily. As tradition tells, when the Maccabees liberated the Holy Temple in Jerusalem, a miracle occurred as only one day’s worth of oil for lighting the menorah lasted for eight days. Hence the tradition of eight days and nights. Each night during the holiday, one additional candle is lit commemorating and remembering the strength of the Jewish people and God’s deliverance from their enemies.

Hanukkah means “dedication” and refers to the rededication and liberation of the Promised People’s Holy Temple and center of worship to God. Modern festivities include eating of latkes, potatoes, pancakes, and donuts, as they are cooked in oil. Young children typically light the candles and sing traditional songs, playing with the “dreidel”, a spinning top with Hebrew letters with the acronym of “a great miracle happened there.” While the holiday is a minor holiday in Jewish tradition, in Israel, the holiday is a time of unity and ceremonies held throughout the nation.

John 10: 22-23 records, “Then came the Feast of Dedication at Jerusalem. It was winter, and Jesus was in the Temple area walking in Solomon’s Colonnade.” As a Jew, Jesus most certainly would have participated in the Feast of Dedication. The same courageous spirit of the Maccabees who remained faithful to God during intense persecution was passed on to Jesus’ disciples who would all face severe trials because of their faithfulness to Christ. And like the miracle of God’s presence expressed through the eternal flame of God burning for the Maccabees, Jesus became the incarnate, physical expression of God’s presence, the Light of the World who came to dwell among us and give us the eternal light of God’s life.

May we all remember the two most important things from this holiday:

Romans 12:1-2
“I beseech you therefore, brethren, by the mercies of God, that you present your bodies a living sacrifice, holy, acceptable to God, which is your reasonable service. And do not be conformed to this world, but be transformed by the renewing of your mind, that you may prove what is that good and acceptable and perfect will of God.”

Matthew 5:14-16
Being the Light – “…You are the light of the world. A city that is set on a hill cannot be hidden. Nor do they light a lamp and put it under a basket, but on a lampstand, and it gives light to all who are in the house. Let your light so shine before men, that they may see your good works and glorify your Father in heaven.”