The Feast of Purim

Jews around the world will begin celebrating Purim on Thursday evening. What is the story of Purim? What similarities are there between today’s geopolitical climate in the Middle East and the life of Esther? 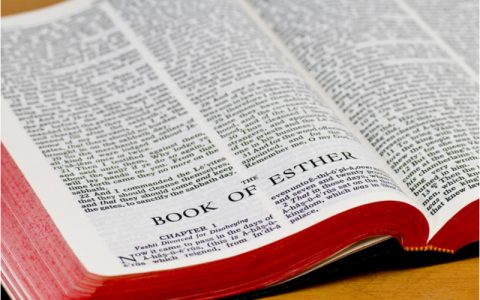 From Thursday evening until sundown on Friday, Jews worldwide will celebrate Purim, a holiday commemorating the Jewish people’s survival in the ancient Persian Empire. Purim is celebrated on the 14th day of Adar by Jewish communities. It includes festivities, parties, and costumes and the reading of the Book of Esther. The story of Purim is found in the Book of Esther, where a plot by Haman, the royal advisor to King Ahasuerus, was conceived to kill the Jews in the Persian Empire.

Three years into King Ahasuerus’ reign, he made a feast for officials, servants, nobles, and princes lasting 180 days. When that feast was over, the king gave a banquet for all the people in Shushan. On the seventh day of that banquet, King Ahasuerus asked his wife, Queen Vashti, to be brought before his men to show them her beauty. Queen Vashti refused his request, angering the king, which led to her banishment.

Following Queen Vashti’s removal, King Ahasuerus sought a new wife, ordering a beauty pageant in which he would choose a new bride. A law was decreed that all of the beautiful, single women of the land would be brought to King Ahasuerus so he could pick a new queen.

One of the women presented to the king was Esther, an orphaned girl raised by her cousin Mordecai who loved her as his daughter. Mordecai was a Shushanite resident and leader of the Jewish people. He asked Esther to keep her Jewish identity a secret for her own safety.

Esther was forced to join King Ahasuerus’s harem to participate in the contest of becoming the king’s new wife. For twelve months, the women were pampered in perfumes, oils, and lotions in preparation for the king’s choosing. During the selection, King Ahasuerus was taken by Esther’s beauty and married her, making her Queen Esther of Persia.

Shortly after their marriage, Mordecai overheard a plot by the king’s servants to assassinate King Ahasuerus. The men were hanged after Mordecai informed the king of their plan.

One of the king’s ministers, Haman, was then promoted in rank. Haman was an anti-Semite, a descendant of the nation of Amalek. Shortly after his promotion, King Ahasuerus issued a decree that all must bow to Haman, but Mordecai refused to bow to Haman.

Haman went before the king, offering him 10,000 silver talents in exchange for permission to exterminate all the Jews of the land. The king refused to take the money and told Haman, “The nation is yours to do with as you please,” opening the floodgates for the persecution of the Jewish people. This marked the 13th of the month of Adar.

Haman sent proclamations throughout the kingdom signed with the royal crest calling on the people of the empire to oppose the Jews. Upon hearing of the decree, Mordecai called Esther to go to the king and beg him to spare the Jewish people. Mordecai told Esther:

Esther 4:13-14
“Do not think in your heart that you will escape in the king’s palace any more than all the other Jews. For if you remain completely silent at this time, relief and deliverance will arise for the Jews from another place, but you and your father’s house will perish. Yet who knows whether you have come to the kingdom as such a time as this?”

Esther would agree to do as Mordecai requested and called on the Jew of the land to fast for three days, which all of them (approximately 22,000) agreed to do.

Following the three days of prayer and fasting, Esther approached the king. The king accepted her, and Esther invited Haman and the king to a feast she would prepare, and they accepted. The king asked Esther if she had a request for him, and Esther stated that she would ask him at the feast. The king accepted her invitation. During the feast, Mordecai refused to bow to Haman, leading to a plot by Haman to have him hanged.

The same night before the second feast, King Ahasuerus could not sleep and called on his servants to read from the royal chronicles. The servants read to him about Mordecai saving the king’s life. The king called on Haman, asking him what a man should be rewarded for saving a king. Haman responded that the man should be given royal garments, a royal horse, and be proclaimed throughout the city streets as the man who the king delights to honor…
…King Ahasuerus ordered Haman to do this for “Mordecai the Jew.”

The second feast arrived, and King Ahasuerus asked Esther what her request was. Esther revealed she was a Jew and exposed Haman for the evil man he was. She told the king about the gallows he built that were intended for Mordecai. The king immediately ordered that Haman be hanged on the gallows.

On the 13th of Adar, the Jews battled those who tried to kill them, including Haman’s ten sons who died in Shushan. Following the battle, Queen Esther requested from the king an additional day to slaughter those who attempted to kill the Jewish people. The king permitted her request, marking the 14th of Adar.

Observant Jews begin Purim on the 13th of Adar, fasting and commemorating Esther’s bravery. Jews today celebrate Purim by wearing costumes, having parties, and some will read the Book of Esther. During the reading of the Book of Esther, it is customary to “boo” every time Haman’s name is read aloud.

Many communities hold a ‘Purim spiel,” a reenactment of the Purim story. The holiday is celebrated with “Oznei Haman” or better known as “Hamantaschen”- a pastry with different fillings.

Today, we have the same spirit of the annihilation of the Jews coming from the same part of the world. Modern Iranian leaders are obsessed with the spirit of Haman even today. We don’t need an Esther in the palace anymore. We need the prayers of the saints worldwide.

Psalm 121:4
“Behold, He who keeps Israel shall neither slumber nor sleep.”

In conclusion, we would do well to remember that the Jewish nation’s survival is not contingent on the hostility of the world, but rather, the power of the One who keeps them: