What is it about the Trump Administration’s ‘Deal of the Century’ that makes it different than any previous proposal? What future implications does this deal possibly have? What is the intent of this proposal and can its goals be accomplished? 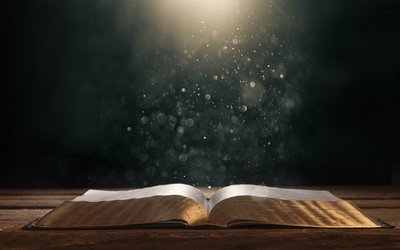 The Trump Administration’s recent release of the ‘Deal of the Century’ has caused a significant amount of speculation regarding its implications for the nation of Israel. Without question, there are certain characteristics within this plan that distinguish it from any other previous US proposal in the past; most notably, its clear favor of Jewish sovereignty. While the Jewish State is clearly given priority in this deal, how do we reconcile this with the fact that biblically, the land only belongs to Israel?

As you examine the distinguishing features of the deal, there are a few important things to keep in mind (not limited to this list):

Previous US administrations have put forth proposals that most often pushed Israel to surrender land and uproot settlements. Previous proposals have led to hardship for the Jews in the name of political correctness. Previous proposals have belittled Israel’s divine right to the land and sought to expand Arab control over it, somehow believing that by giving just enough land to the Arabs, there will be peace; a theory that has been proven wrong time after time after time. They will not be content until, as King David said, “the name of Israel is remembered no more.”

In some sense, this deal takes the offensive in emphasizing Israeli sovereignty over the land while giving the Arabs an opportunity to form a sovereign state; yes, inside the biblical confines of the land God has sovereignly given to the Jews. Bear in mind, again, that prior to Israel’s rebirth, the land was under what’s called the British Mandate for Palestine. In 1947, the land was divided into two states, one for Arabs and one for Jews, just before the official rebirth of the nation of Israel in 1948.

There’s no question that the city of Jerusalem is front and center on people’s minds. The Trump Administration’s proposal for Jerusalem is plain and simple, it will remain the undivided capital of Israel. While elaborating, President Trump stated that East Jerusalem could be recognized as the capital of Palestine in the future should they become a sovereign state. What did he mean by “East Jerusalem”? It’s an area outside of what the Jews recognize as Jerusalem today. It’s outside of municipal Jerusalem, consisting of Arab neighborhoods like Kafr Akab, Abu Dis, and part of Shuafat. This area is also blocked off from Jerusalem via a massive concrete wall. This proposal destroys any Arab hope to claim authority over the Jewish capital.

The proposal also highlights Israel’s right to protect its own borders as they’ll be responsible for security from the Mediterranean Sea to the Jordan River. While the slight shift in borders found in the proposal has Israel losing a minimal portion of land south of the Gaza Strip so that a path can be created for the Arabs to have access between Gaza and the West Bank, the Israeli’s would still have free access to any settlements in the West Bank (Judea & Samaria). In essence, though the Arabs could eventually have a sovereign state in the territory of the West Bank, Israeli’s still have sovereign access to any of their existing settlements, as no one, Arab or Jew, will be uprooted in this plan. Additionally, the Israeli Defense Force (IDF) would have full access to the West Bank.

Something notably significant about this plan, as emphasized throughout this article, is the pro-Israel foundation it’s laid on. As with other moves this administration has made, Israel is recognized as the solo sovereign over the land. In fact, a “Palestinian” state would not even be recognized until they agree to the deal and meet the four-year mandate(s) of the deal-something that is not going to happen. This plan magnifies the Jewish State while giving opportunity to the Arabs, a complete switch from previous attempts. “Palestine” would be required to disarm Hamas and Islamic Jihad, stop funding terror, demilitarize Gaza, and perhaps the most difficult, recognize Israel as a sovereign state.

There’s no question that the ‘Deal of the Century’ is, in fact, a two-state solution like several previous attempts from past US administrations. What makes it unique is how the tide has changed in recognizing Israel as the priority, putting the ball in the court of the Arabs for the next step. As discussed, they immediately rejected this deal. The deal is not being implemented, at least not for now.

While the mission of the ‘Deal of the Century’ may very well be to bring peace to the Middle East, the student of the Bible knows that only Jesus will bring peace to the Middle East at His Second Coming. We must not put stock in the Trump Administration to deliver something it cannot deliver, but what we can do is look at this proposal through the lens of the Bible to try and understand its implications for the future. If there’s just one thing to take away from this event (and there is more than one), it’s that more than ever before, Israel is being recognized as sovereign over the land on a global scale despite the opportunity being given to the Arabs, i.e. access to their Muslim holy sites and a possible future state.

Does the proposal come short of how we, as believers, would want to see the land dealt with biblically? Absolutely it does, and we should expect nothing less until the King of Kings returns to carry out His will over the land. Does the land belong solely to the descendants of Abraham, Isaac, and Jacob? Absolutely it does (Genesis 17:8).

Jews are continuing to return to the land at an unprecedented rate because they’re finding it’s the safest place on earth for them to be! We are living at a time when we get to witness the Lord doing what He said He would do 2500 years ago!

We are the generation that is seeing the fig tree come back to life!

Matthew 24:32-36
“Now learn this parable from the fig tree: When its branch has already become tender and puts forth leaves, you know that summer is near. So you also, when you see all these things, know that it is near-at the doors! Assuredly, I say to you, this generation will by no means pass away till all these things take place. Heaven and earth will pass away, but My words will by no means pass away. But of that day and hour no one knows, not even the angels of heaven, but My Father only.” 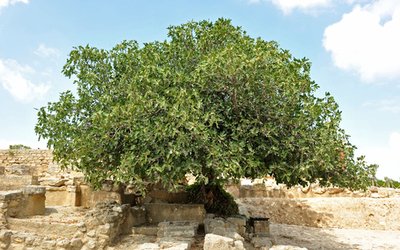