The automotive industry’s migration to Israel

Israel is evolving from the Start-Up Nation to R&D (research and development) capital of the world. This year, in particular, has been one of tremendous success for Israel, proven by the automotive companies swift migration to the Jewish state. Why are these companies drawn to Israel’s now booming automotive sector? Because it’s leading in innovation, technology, cybersecurity, and autonomous vehicle breakthroughs, but most importantly, its human capital. Companies that understand the technology needs for the future of transportation are flocking to Israel.

Most of these companies decide to open R&D centers after acquisitions of Israeli startups. They have put their money, time and trust in Israeli potential and can do so 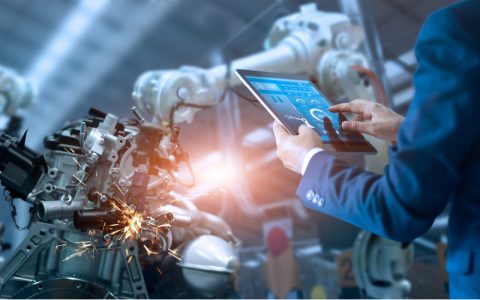 because it gets results, always. One of the greatest examples of this was Intel’s acquisition of Mobileye in 2017. The deal was worth over $15.3 billion and stands as the largest acquisition of Israeli technology by foreign investors to date. Intel not only acquired Mobileye, but it also chose the company’s CTO and co-founder, Amnon Shashua, to head its automotive driving division, which relocated to Israel.

IBM was the first to open a research center in Haifa in 1972 called the IBM Haifa Research Lab. It had begun its research in Israel as early as 1949. The company understood early on the benefit of accessing the best within the fields of electric and automotive engineering, computer science and technology research. It chose to be close to both Haifa University and the Technion Institute of Technology to take advantage of the broad talent coming from these institutions. It has decades of successful scientific research centers and most definitely catalyzed what would become the leader in R&D potential in Israel.

Israel’s even been coined the “Silicon Wadi” (wadi meaning valley) given its multiple high-tech parks scattered throughout Israel. It has become the leader in outsourcing for research and development centers and a necessity to get ahead within the evolving automotive and autonomous vehicle industries.

Here are five of the most recent major automotive companies (one soon-to-be) R&D centers in Israel:

General Motors Co. research center opened in Israel in 2008 and is currently Israel’s largest. It has over 400 employees and has evolved from a leader in automotive vehicles to pioneer in electric and autonomous cars with an emphasis on technology and connectivity. It is a prime example of the benefits of opening R&D centers in Israel where leading inventions, human capital, and innovation can all be found. GM has been open about the competition alongside giants like Google, Apple, and Facebook to find Israel’s leading talent.

GM has been conducting research for its “Chevrolet Bolt” electric vehicle in Israel for the past few years and recently announced it plans to hire another 100 employees this year.

In June of this year, Renault and Nissan opened a joint research and development center with Mitsubishi in Tel Aviv. Both companies are focused on Israel’s automotive cybersecurity and autonomous vehicles, as well as sensors and varied Israeli technology. The center is supported by the Israel Innovation Authority and is open to testing technologies under mentorship programs for dozens of Israeli start-ups under this year’s “Technological Innovation Labs” program.

Most recently, Ford Motor Company joined the automotive industry migration trend to Israel. It opened the Ford Research Center in Tel Aviv which is centered on scouting “technologies and startups in connectivity, sensors, vehicle interior monitoring, and cyber protection.” According to the company’s executive chairman Bill Ford, the center will serve to “make it easier for Israeli entrepreneurs not only to find us, but also to get to know us.”

Japan’s Mitsubishi Corp. announced it would open a research center in Tel Aviv sometime in 2019. The company is interested in Israeli start-ups and companies that can assist within digital transformation and just another sign of increased business and economic ties between Japan and Israel.

In May of 2019, the Israel Innovation Authority and Japan’s Ministry of Economy, Trade, and Industry announced a joint-effort for increased bilateral research and development cooperation, the Japan-Israel R&D Cooperation Program. It has been targeting both Israeli and Japanese companies and is accepting calls for proposals within diverse sectors including “new energy, energy conservation, smart community, environment and resource conservation, robot technology, machinery systems technology, AI, electronics, Information and Telecommunications, materials and nanotechnology and water treatment”.

Mitsubishi is also working with other major automotive companies, specifically in research and development projects through its recently opened R&D center, as part of the Renault–Nissan–Mitsubishi “Alliance Ventures”. Alliance Ventures will invest over $1 billion by 2024.