The Israeli startup company, amid farm labor shortages, has developed flying robots to help pick produce from trees during the harvest season; Farmers can be updated on the progress of the Tevel robot’s progress via mobile app. 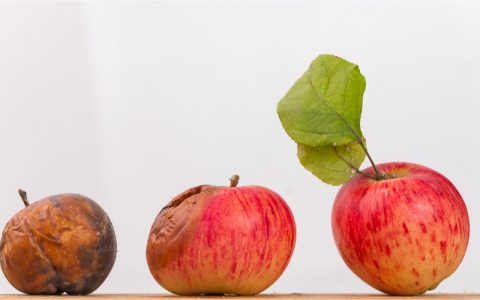 It is estimated that nearly 10% of the world’s annual produce goes to waste as it rots on trees during harvest season largely due to how limited the labor supply is in the fruit farming industry. According to Tevel, that’s equal to the amount of produce that Europe brings forth each year.

Israeli startup ‘Tevel’ estimates that the world’s population is likely to grow by 40% between now and 2050, bringing the globe to approximately 9.7 billion people. And by these estimates, they expect fruit production to double, which means the odds of more and more wasted produce is certain to increase. Additionally, they estimate that the needed land for fruit production will increase to what is equivalent to six times the size of the state of California.

Going to the other side of the spectrum, Tevel believes that agriculture employment will be cut by 50% by the year 2050. This means that while demands are going to increase at an unprecedented rate, the means to meet those demands will be significantly harder to come by.

“…to lead the transformation from manual fruit picking into on-demand, Flying Autonomous Robots.”

Though still in the testing period, Tevel has created a fruit-picking, flying robotic system that operates on its own in an attempt to limit production waste every year. These robots are connected to a self-driving vehicle, which CEO of Tevel, Yaniv Maor, claims to be the answer for providing consistent power.

Using these different algorithms, Tevel’s robots are able to detect fruit, foliage, and other items. They are even able to detect the size and how ripe a specific piece of fruit is. An added bonus is that farmers are able to receive updates and keep track of the progress of the series of robots on their farm using a smart phone app. Through the app, they can even identify how many pounds of fruit have been picked and the estimated time for the robots to complete the job. Amazingly enough, the flying robots are capable of pruning trees as well.

Each self-driving vehicle is equipped with six flying robots that have arms in order to retrieve the fruit.

Maor strongly believes that his product is the answer to labor shortages. And furthermore, he believes one of the main benefits is that it can be present on the farm when there is no one else to do the job. Maor obtains two engineering degrees from Israel’s prestigious Technion Israel Institute of Technology – a BSc in computer engineering and ME in systems engineering.

Bearing in mind that fruit pickers are becoming less and less, the Tevel robot helps maximize the efficiency of each harvest season. Furthermore, the robots are in no way designed to replace human workers. They are simply a supreme compliment to what’s already in place, resulting in more harvesting and less wasting.