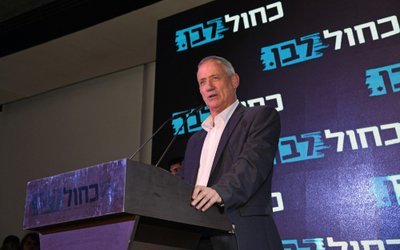 Though they unquestionably have their differences when it comes to policy, Israeli Prime Minister Benjamin Netanyahu and Benny Gantz shared a moment of unity at the end of this week while responding to the threatening remarks of Iran’s supreme leader.

Earlier in the week, Iranian Supreme Leader Ayatollah Ali Khamenei stated in a speech that Israel is a “cancerous tumor” that “will undoubtedly be uprooted and destroyed.” His speech identified precisely with those given by other antisemitic “leaders” like that of Hezbollah, Hassan Nasrallah.

In response to the supreme leader’s remarks, Benny Gantz stated, “In my experience, the arrogant verbiage of our enemies hides weakness, yet we shall be ready for any threat, by any means. I’m more than familiar with the Iranian issue and, having prepared the IDF’s operational capabilities, I strongly advise against trying to test them.”

Reinforcing what Gantz had to say, Netanyahu added, “We will always thwart murderous designs against us. We will attack those who attack us. We will launch preemptive strikes against those who plan to attack us. Those who threaten us with extinction put themselves in similar danger.”

Israel has increased its airstrikes against Iran and its proxies in recent weeks, primarily inside of Syria.