Russian Prime Minister Dmitry Medvedev has resigned after being in office since 2012; His resignation comes after Vladimir Putin held discussions on Wednesday to give more power to parliament and the president’s cabinet; Medvedev will likely serve in a lower position moving forward; There is speculation that Putin is solidifying long-term power for himself.

On Wednesday, Russian Prime Minister Dmitry Medvedev submitted his letter of resignation to Russian President Vladimir Putin. His resignation came after Putin presented his proposal that would grant more power to the president’s cabinet and parliament. One report referred to the move as a ‘constitutional overhaul’. After Medvedev resigned, Putin expressed to the media that Medvedev would serve in a lower capacity, being the deputy head of the presidential Security Council. 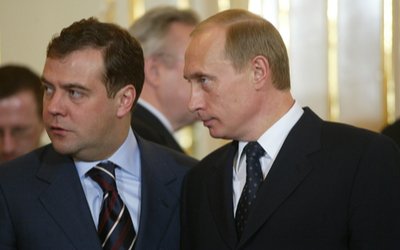 In Putin’s State of the Nation address on Wednesday, he revealed his proposal that the constitution be altered, paving the way for an increase in power for cabinet members and prime ministers. The timing is very suspect because Putin’s term in office will come to an end in 2024. Many see this as a power move and that he is seeking to work around the system to retain a wealth of power for himself, even if he’s no longer the president of Russia.

Medvedev’s resignation is allowing Putin to implement the constitutional changes that he’d like to see. The question is if Putin no longer holds the office of president in 2024, what long-term plans does he have that are leading him to override his nation’s constitution?