President Donald Trump signs an executive order to immediately combat antisemitism on US college campuses; This order will cause US government departments to adopt the definition of antisemitism as formed by the International Holocaust Remembrance Alliance (IHRA); Senior Administration Official: We looked at the data, and we saw that there’d been a rise in antisemitic incidents, and we began a policy process to figure out physically what we could do on the subject.

In a historic move on Wednesday, United States President Donald Trump signed an executive order to combat the rise of antisemitism on US college campuses, particularly those that are government-funded. This new order will cause the Department of Education to adopt the definition of antisemitism as formed by the International Holocaust Remembrance Alliance (IHRA), and consider this definition whenever a case arises. According to the IHRA, antisemitism is “a certain perception of Jews, which may be expressed as hatred toward Jews. Rhetorical and physical manifestations of antisemitism are directed toward Jewish or non-Jewish individuals and/or their property, toward Jewish community institutions and religious facilities.”

The Trump administration gained motivation for this executive order after they reviewed the statistics showing an increase in antisemitic incidents in the US. One Senior Administration Official stated, “We began to focus on this issue in the late winter/spring of this year when we were alarmed frankly at a rise in antisemitic rhetoric, including unfortunately from leading political figures. We looked at the data, and we saw that there’d been a rise in antisemitic incidents, and we began a policy process to figure out physically what we could do on the subject.”

There is no question as to the ramifications this could have on college campuses. This signing will bring serious accountability to US campuses that are being swamped with Boycott, Divest, & Sanction (BDS) advocates, as well as those partaking in the “Free Palestine” movement. Alan Dershowitz, who was present at the ceremony, spoke to the significance of this announcement, stating, “It is a game-changer. It will go down in history as one of the most important events in the 2,000-year battle against anti-Semitism.” 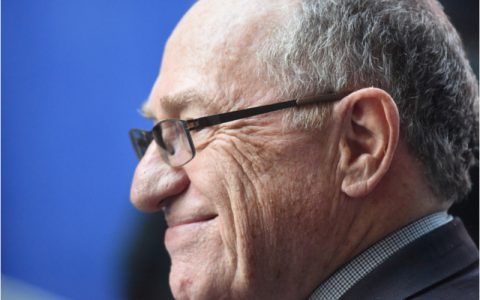 With there being a wave of evangelical support for the President’s decision, Pastor Robert Jeffress of First Baptist Church of Dallas was present to weigh in as to how important this decision is. He would state, “Jewish and Christian believers alike, believe what God said to Abraham in Genesis chapter 12. That God would bless those who bless Israel, and God would curse those who curse Israel. And I want to thank you, Mr. President, for being the kind of president who has the courage to stand up, and be, when it comes to Israel, on the right side of history, but most importantly, you’re on the right side of God, and that’s why you’re not going to fail, and we’re going to stand behind you 100%.”

In a quote for the ages, President Trump stated, “This is our message to universities-if you want to accept the tremendous amount of federal dollars that you get every year, you must reject antisemitism. It’s very simple. My administration will never tolerate the suppression, persecution, or silencing of the Jewish people. We have also taken a firm stand against the BDS movement.” 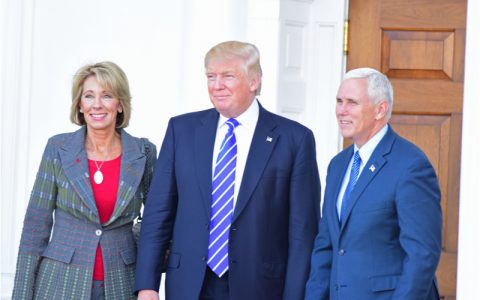 This move by the Trump Administration is monumental, even after considering all that they’ve done in the last three years to protect Israel’s authority over the land God gave to them. Whether he sees it this way or not, the president of the United States-the most powerful man in the world-just put his own country on notice for how they treat God’s chosen people of promise.