Nanotechnology from Israel that will make the blind see

An Israeli start-up created technology that could make the blind see. Behold Israel met with the CEO of Nano Retina to learn about what they are doing and how Israeli innovation is assisting the globe. “Making a product that will bring vision to people is on the borderline of crazy. You need to imagine, you need to believe, you need to not be afraid of failure.”

Nano Retina is a small start-up achieving great things in Israel. They are a team of 21, consisting of talented physicians, engineers, physicists, ophthalmologists, low vision specialists and regulatory experts who have found a nanotechnology solution for blindness. Nano Retina was formed by Yossi Gross, the co-founder of the Rainbow Medical Group and Jim von Ehr, the founder and CEO of Zyvex Labs, both are experts in nanotechnology, in 2009. Their multidisciplinary approach is a promising solution for retinal degenerative diseases and the need could not be greater. There are approximately 170 million people with Age-Related Macular Degeneration (AMD) and 150 million living with Retinitis Pigmentosa worldwide. By 2020, there will be an estimated 196 million people with AMD globally. Nano Retina’s direct addressable segment is at about 2-3 million patients who are legally blind. Combining technology and medicine, Nano Retina has created a solution for this growing demand, best described in the company’s mission to “enable blind people the freedom and independence that comes from seeing.”

Behold Israel met with Yaakov Milstain, the company’s CEO in Herzliya. Consistent with Israeli innovation and technology leaders, he has a lengthy background in tech, including having worked at Intel, Cadence and National Semiconductors, and the defense industry. Four years ago, he met with a colleague who told him about the company and was instantly fascinated and joined the team. Nano Retina is one of a few promising companies within the Global Artificial Retinal Implants market alongside companies like Retina Implant AG in Germany, Bionic Vision in Australia and PIXIUM VISION in France. 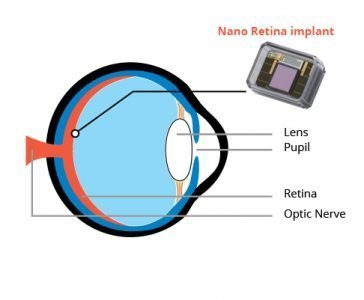 While there is no cure for AMD, Nano Retina’s technology can assist the blind to see. Nano Retina’s main product is the NR600 Implant, a 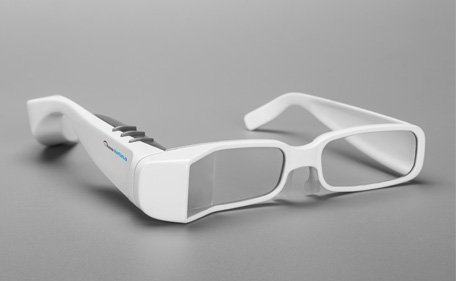 miniature Nano Retina device. The implant “replaces the functionality of the damaged photoreceptor cells and creates the electrical stimulation required to activate the remaining healthy retinal cells.” The Nano Retina implant is placed above the retina in a no more than one-hour procedure. The images are scanned by eye movement and then captured within the chip. Using an electrical pulse, the chip stimulates neurons in remaining healthy retinal layers, thus sending the image information to the brain. The implant includes everything needed for this process, making it a low-risk procedure with a quick recovery, as there is no need for additional wiring. The technology uses infra-red lasers and wireless eyeglasses to control the chip and tune light settings.”

The product is nearing human trials and is currently being tested, successfully, on pigs. The brilliance of their technology is that they won’t need too many support centers to deploy it around the world and the implantation and rehabilitation can be done by local medical teams, another great example of how Israel sharing its innovation and success abroad. Milstain explained, “We are preparing for clinical studies in Europe. When we start the studies, we will have implantation in several people, around 20. We will then apply for a CE marking. The hope is to be selling the product in three years.” Depending on funding and resources, the company will go through the FDA process in parallel, with plans to go global. The company has an advantage as their “product doesn’t require too big a company. Several experience knowledge centers for implantation can cover large areas.” Milstain is confident approximately 10 centers in Europe could cover the entire continent and about 20-25 centers or more for the United States. He added, “We are focused on bringing this product and technology to the market. We definitely have ideas for the next step, but this is our focus for now.” 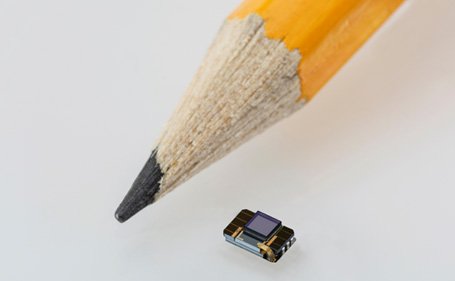 We asked him specifically about Israel’s leadership in innovation, entrepreneurship and technology to get a better idea of how this small country is able to innovate and contribute so much. Milstain spoke about Israeli chutpza (Yiddish for audacity, insolence), its ability to embrace failure and access to varied and professional skills needed for multi-disciplined inventions and innovations. He explained, “Our product is very multidisciplinary. We need electrical engineers, mechanical engineers, physicians, chemical engineers. We can find all of this in Israel.” He then spoke about the need to think outside of the box to find complex solutions for a plethora of evolving problems and needs. “Making a product that will bring vision to people is on the borderline of crazy. You need to imagine, you need to believe, you need to not be afraid of failure. You need to have real “chutzpa” to make it happen.”

Specifically on human capital and how Israelis think and create, he said, “People in Israel are curious by nature. They want to know things and experience things. There is an internal drive that does not allow you to stick with what you know but to explore something else. Within Israeli culture, there is no real punishment for failure,” he added, then joking “If you fail a few times, you might now be as popular.”

He summarized all of this as the “ability to dare”.