US Secretary of State Mike Pompeo visited multiple locations during his time in Israel last week, including one of Israel’s most strategic defense locations – the Golan Heights, as well as a settlement in the West Bank (Judea & Samaria). This certainly wasn’t his first visit to the Jewish State, but it most definitely sent a message.

United States Secretary of State Mike Pompeo made a trip to the Middle East last week with several countries on his itinerary. One of the most important visits he made was to Israel, where he met with high-ranking officials, including Prime Minister Benjamin Netanyahu. In addition to his meetings, Pompeo also visited the Golan Heights and a settlement in the West Bank (Judea & Samaria), making him the first US secretary of state to visit a West Bank settlement.

The trip came in the midst of the current US election aftermath that still holds many questions to be answered.

Pompeo’s visit to the West Bank consisted of the local Psagot Winery, which is located north of Jerusalem. Almost exactly a year ago, Pompeo announced on behalf of the White House that the US would no longer view Israeli settlements in the West Bank as “illegal” like the majority of the international community – a crucial and monumental change in policy. In February 2020, Psagot Winery produced a bottle of product named after the secretary of state in commemoration of his and the Trump administration’s recognition of Israel’s biblical, historical, and legal right to the land. 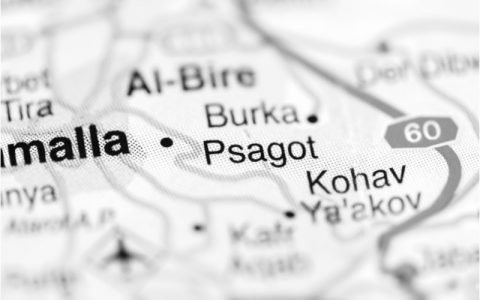 Now late in 2020, during the secretary of state’s most recent visit, he announced that the United States would label imported goods from Israeli settlements in the West Bank “Made in Israel” – something that’s not only a reversal of longstanding US policy, but also a turn in the opposite direction of the European Union, which states that any goods coming from Israeli settlements in the West Bank need to provide indication of such in order for EU purchasers to make “informed choices.”

Following his announcement, Pompeo said, “we will continue to oppose those countries and international institutions which delegitimize or penalize Israel and Israeli producers in the West Bank through malicious measures that fail to recognize the reality on the ground.”

In Pompeo’s official State Department announcement from November 19th, he made it clear that all items would be marked according to where they come from moving forward. However, Palestine did not make this list, but “Gaza” and “West Bank” did.

So, what is the different tone that’s being set by the Trump administration when it comes to Israel-US relations? Well, it’s only building off of the original precedent that was set from the time of President Trump’s inauguration – the land, in its totality, belongs to the Jewish people. And Pompeo wasn’t finished here.

During the meeting that took place between Pompeo and Prime Minister Netanyahu, the two of them addressed the ongoing Boycott-Divest-Sanction (BDS) movement taking place around the world. Pompeo stated, “We want to stand with all other nations that recognize the BDS movement for the cancer that it is. And we’re committed to combating it. Our record speaks for itself. During the Trump administration, America stands with Israel like never before.”

As the results of the election continue to be finalized, and whether this administration remains in office or not, a new precedent has been set that is going to be difficult to undo. Never before has a US administration so unashamedly recognized Israel’s divinely-given sovereignty over its historic homeland.