Jews Around the World to Begin the Observance of Passover (Pesach)

Saturday evening will mark the beginning of the celebration of Passover, remembering the Lord’s deliverance of the nation of Israel from bondage in Egypt. However, what does this highly-significant Jewish holiday mean for Gentiles around the world?

Jews worldwide will begin celebrating Passover on Saturday evening. Jews in Israel celebrate the holiday for seven days, while Jews abroad celebrate for eight. Passover, known in Hebrew as Pesach, begins on the evening of March 27th and runs through April 4th. In the Hebrew calendar, this would be the evening of the 14th of Nisan until the evening of the 22nd. 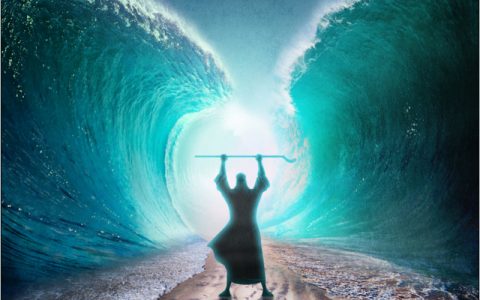 God chose Moses to lead the Israelites from captivity and decades of slavery to the Promised Land. When Moses came with God’s demand to the Pharaoh, he refused, marking the beginning of the ten plagues.

The plagues came across Egypt and the Pharaoh refused to let the Chosen people go. The first of the plagues was water that turned into blood, followed by frogs, lice, flies, deceased livestock, boils, thunder and hail, locusts, darkness for three days, and the final plague of the death of the firstborn of every family, including the Pharaoh’s.

God instructed Moses to have every Israelite home in Egypt mark their door with lamb’s blood. And as the biblical account reveals, the Lord would pass over every home where the blood was applied; hence the holiday’s name of Pesach, which means “to pass over” as the Lord spared His People’s firstborn.

Jewish culture centers Passover on remembering the Exodus from Egypt, the first night of the holiday marked with a ritual meal called the Seder (order), a meal of 14 parts and the traditional text called the Haggadah.

The Haggadah (telling) is filled with prayers, songs, and psalms to be read over the Seder. The Haggadah additionally has many texts from the Midrash (commentaries by rabbis on the Torah).
One of the major Jewish customs of the Passover is the removal of all “chametz” (leavened bread) from Jewish homes for the entirety of the Passover holiday. This tradition commemorates the Israelites departure from Egypt in a hurry with their bread unable to rise.

During Passover, Jews eat matzah, or unleavened bread, throughout the entire seven days. Matzah is also remembered as Lechem Oni, the bread of affliction. Leavened bread is traditionally burned the day before the holiday begins which is known as the “Biyur Chametz”. However, many Jewish communities today sell their bread to non-Jewish neighbors or friends.

The unleavened bread is a reminder to the Jews of when the Israelites had to leave Egypt in haste. But the full application of the Matzah (Unleavened Bread) isn’t realized until we understand that it (leaven) represents the sin that needs to be purged from our lives, which can only be possible through faith and obedience to the only Person to ever live a sinless (unleavened) life, Jesus.

The Seder meal consists of 14 traditions, with various forms of observance by Jewish communities worldwide. The meal ends with the traditional blessing that has been repeated since the Jews exile from Israel. “Next year in Jerusalem”, a prayer that finally came to pass with the establishment of the Jewish homeland, Israel. 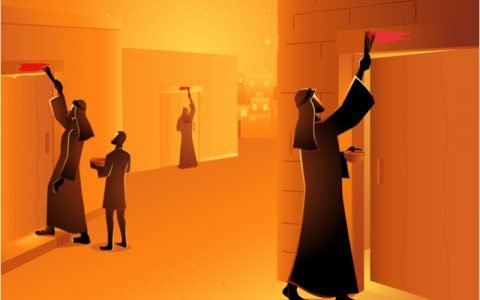 Two thousand years ago, on Passover Eve, Jesus was crucified and became the ultimate Passover. As it is written,

1 Corinthians 5:7
“…For even Christ our passover is sacrificed for us….”

May we all pray for the understanding of the people of Israel as for who their true Passover is so that they will experience their personal exodus from the land of bondage to sin into the promises of God.

Romans 11:26
“And so all Israel shall be saved: as it is written, There shall come out of Zion the Deliverer, and shall turn away ungodliness from Jacob….”

So, while Passover may inherently be a Jewish holiday, is there an application for everyone else? Absolutely.

Colossians 2:16-17
So let no one judge you in food or in drink, or regarding a festival or a new moon or sabbaths, which are a shadow of things to come, but the substance is of Christ.

Make sure to tune in to Amir’s live event titled The Messiah and the Passover Seder!