Ahead of the new year, Israel’s population stands close to 9 million.

Israel’s Bureau of Statistics released its annual end of the Gregorian calendar year report, reporting an estimate of 8.972 million Israeli citizens. Of the nearly 9 million, 6.668 million, 74.3%, are Jewish and 1.878 million, 20.9%, are Arab. Of the remaining 4.8%, 2% are Christian, an estimated 175,000 citizens. 77.7% of Christians in Israel are Arab, the majority living in Nazareth, Haifa and Jerusalem.

During the Jewish New Year, the Bureau released its statistics on Israel’s population in September, as well as a report on Israeli satisfaction with their lives. Then, Israel’s population stood at 8.907 million, 74.4% of the population, or 6.625 million of which are Jewish. According to the Bureau’s report, 89% of Israelis are satisfied with their lives in Israel. Israel’s life expectancy also increased to 80.7 for men and 84.6 years for women.

In an Israel Bureau of Statistics report published in August of this year, emigration is not only at a record low, but the number of Israeli citizens abroad returning to Israel has also increased. According to the report, over 8,900 Israeli citizens living abroad returned to Israel in 2016, a 5% increase from 2015. The drop in emigration and rise in returning residents follows a previous report by the Bureau released in June measuring Israeli’s satisfaction with their lives in Israel. The report claimed more than 80% of Israelis under the age of 20 reported that they are satisfied with their lives and feel safe and secure in Israel.

In March of this year, the UN released a report on the world’s happiest nations, Israel ranking 11th. The report cited an increase in Israeli life span of 3.4 years and Israel’s health system as factors. A low unemployment rate of 4% and strong social support were also factors. 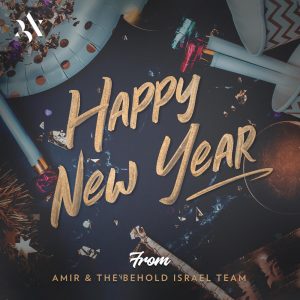