Israel’s elections for the 21st Knesset

Israelis to vote on April 9th for 21st Knesset and 35th government. Here is a brief history of the Knesset and the current parties running for the next government.

Israelis will take to the polls on April 9th to elect representation for Israel’s 21st Knesset. Early elections were called at the end of 2018 due to legislation on ultra-Orthodox military service failing to pass in the government. This, along with political turbulence, led to Prime Minister Netanyahu’s Likud party agreeing to dissolve the current 34th government.

The Knesset, Israel’s parliament, is the legislative body of Israel’s government and includes 28 ministries. The word knesset derives from Ezra and Nehemiah’s 5th century BC “Knesset Hagedolah” or the “Great Assembly”, a group of 120 Jewish sages and prophets created during the Second Temple Period in Jerusalem, the Knesset holding 120 seats. 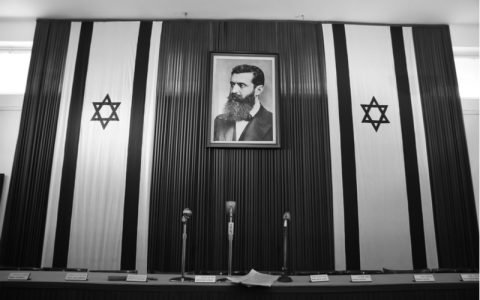 The State of Israel inherited the government of the British Mandate’s legal system during its creation in 1948. The First Knesset, under the first and second governments headed by then Prime Minister David Ben-Gurion, was established on February 14, 1949. Due to conflict at the time, the Knesset sat in Tel Aviv before moving to Jerusalem in December of 1949.

The unicameral parliament sits in Jerusalem and is currently in its 34th government with consecutive years of leadership from Prime Minister Netanyahu since 2009. The Knesset is a parliamentary democracy and consists of legislative, executive and judicial branches. As described by Israel’s Foreign Ministry, “The system is based on the principle of separation of powers, in which the executive branch (the government) is subject to the confidence of the legislative branch (the Knesset) and the independence of the judiciary is guaranteed by law.”

The president serves as the head of state, the roll influenced by Jewish history from the Biblical Sanhedrin, which were 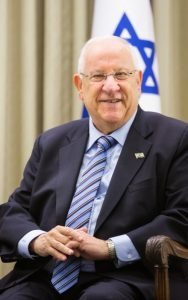 councils of rabbis appointed to sit as a tribunal in the Land of Israel’s districts. The president is nominated based on their qualities, accomplishments and contributions to the State of Israel, specifically in public service. He or she is then elected by a simple majority from the Knesset. Reuven Rivlin is currently Israel’s tenth president and has been in office since 2014 following former President Shimon Peres.

During elections, citizens vote participating candidates based under their party. Only some parties hold primaries for its constituents and members, however, the majority of parties’ leadership is determined through their institutions, usually through a central committee, or candidates can be chosen by the party leader. Israel’s electoral system is set so that lists that pass the qualifying electoral threshold receive seats based on their proportional electoral strength. A majority of 120 is needed to head a government and is done so through coalitions. A Knesset term is four years but can be cut short or the government dissolved if a majority of seats is lost. 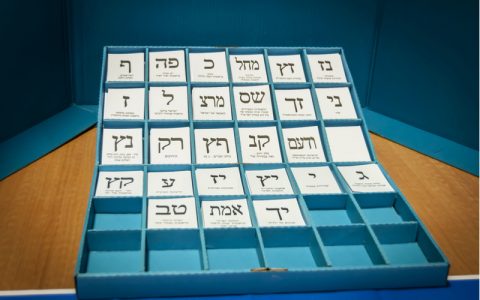 Absentee voting began on Thursday and polls will be open on April 9. Voting is done by secret ballot and votes are directly for candidates and representatives, not through a body of electors. Voters enter a booth and choose a card of their designated party and seal the card into an envelope. Parties are represented by 1-4 letters with the party’s name listed below.

Prime Minister Netanyahu’s government was dissolved by law on December 26, 2018 after his coalition failed due to the resignation of Defense Minister Avigdor Lieberman along with his party Israel Beitenu in November of last year. The political change alongside disagreement over the Orthodox IDF draft bill led to early elections called for April 9.

There are 15 lists competing in this year’s elections. Here is a brief summary of each of them: 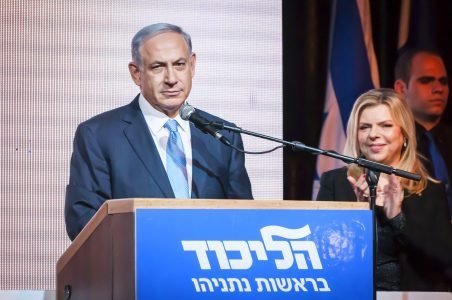 Likud was formed in 1973 under then head Menachem Begin. The right-wing party calls for a free market, unified Land of Israel, strong military and growth and expansion of settlements in the West Bank. Under Prime Minister Netanyahu, the party “introduced liberalization of foreign currency, intensified the privatization of government companies, and reduced the deficit,” while increasing Israel’s business and diplomatic ties abroad. It has dominated Israeli politics under the prime minister.

HaAvoda, or the Israeli Labor Party, is the historical successor of the Mapai party from 1968 and is regarded as Israel’s oldest Zionist-socialist party and held leaders such as Golda Meir, Yitzhak Rabin, Ehud Barak and Shimon Peres. It supports a two-state solution and is focused on social and economic reform.

Kulanu, or “all of us” was founded by Israel’s sitting Minister of Finance since 2015, Moshe Kahlon. The party is deemed centrist and is focused on socio-economic expansion.

Shas, or “Sephardic Guardians”, is an ultra-Charedi, Sephardic Jewish party established in 1984 to combat “peripheral representation” of Middle Eastern Jews in Israel. It is the largest ultra-Orthodox party and lines with right-wing coalitions, like Prime Minister Netanyahu’s previous governments.

Yisrael Beitenu, “Israel is our Home”, is a right-wing party established and led by former Defense Minister Avigdor Liberman. The party gained strength in 2009 and has become critical in the formation of right-wing coalitions. The party wants a full State of Israel without concessions and has been critical of Israel’s government, calling for a presidential system.

United Torah Judaism is a joint-list of Orthodox-Jewish parties and a right to centrist party. Their focus is on religion and maintaining Jewish culture and practice within Israeli society.

The New Right party was recently formed by Education Minister Naftali Bennett and Justice Minister Ayelet Shaked. They broke from their party of “The Jewish Home” to form a new, right-wing party that focuses on a stronger military response to terror, political reform and stronger ties with the Jewish world abroad. They denounce the idea of a Palestinian state.

Meretz is Israel’s main left party and centers its efforts on social equality, a two-state solution and the withdrawal from settlements.

Gesher is led by Orly Levy-Abekasis who left Lieberman’s Yisrael Beitenu last year. The party is centered on social issues and defense.

The Blue and White party is the current opposition against Prime Minister Netanyahu. The party is a centrist and compiled of three parties that united this year. Headed by former IDF Chief of Staff Benny Gantz and Israeli MK Yair Lapid, the party also has two additional ex-IDF Chief of Staff, Gabi Ashkenazi and former prime minister Moshe Ya’alon. The party is committed to reforming Israel’s government amidst corruption charges against Prime Minister Netanyahu. It has called for reforms in Israel’s Nation-State Law and believes in a two-state solution. The popular party is Netanyahu’s greatest challenge in the upcoming elections.

Zehut, meaning “identity”, is focused on “Jewish identity and personal liberty”, a far-right wing-party led by MK Moshe Feiglin. It calls for a full Israel with sovereignty over the West Bank.

Union of Right-Wing Parties is the joint list for the Jewish Home, Tkuma, and Otzma Yehudit parties. They fall on the far-right with emphasis on Jewish culture and religion in Israel.

Magen Yisrael, or “Shield of Israel” is a party established this year by former IDF Brid. Gen. Gal Hirsch. Hirsch brings a strong background from his extended military career, his party focused on defense and social reform.

Ra’am-Balad is a joint electoral list of two far-left, Israeli-Arab parties that has called for Jerusalem to be the capital of a Palestinian state, the appeal of Zionist institutions in Israel and withdrawal from all contested Palestinian territory.

Hadash-Ta’al is pro-Palestinian and extreme in their left-wing, anti-Zionist agenda. Hadash was formed by the Israel Communist Party and Ta’al is headed by the controversial Ahmad Tibi. 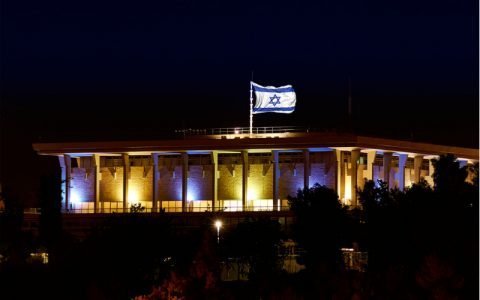 The events leading up to the elections play a crucial role in the lobbying and campaigning efforts made by all major parties. Polls show Netanyahu’s Likud and the opposition Blue and White party neck to neck with fluctuating predictions of 29-31 seats each. Corruption cases against Netanyahu, alongside unified centrist and left parties, are a threat to his continuation in government. Netanyahu is expected to shift coalition efforts to far-right and Orthodox parties, as well as focus his campaigning on his vast diplomatic accomplishments while in office. Stronger bilateral ties under the Trump Administration are also big wins for the prime minister.

The Blue and White party has become popular, polls showing it could win more seats than Likud. This does not mean they would win the elections; Coalitions must be formed, usually on common ground and interests, in line with Israel’s democratic approach to representation in government.

Votes will be counted and announced on April 9 late at night into the following day. President Rivlin will then choose the party leader who has the greatest chance of establishing a coalition. He may also recommend a coalition government, depending on the vote outcome. The party leader would then have 42 days to form a coalition of at least 61 MK’s. If they fail, a second candidate is given the opportunity and they would have 28 days to do so. This is done one more time in the event that a candidate fails, with a 14-day deadline. If this occurs, new elections would be held within a three-month period.