Israeli-based RDPACK has produced a sanitization tunnel that is being tested at public venues of considerable size; Their tunnel is being piloted at several different locations. 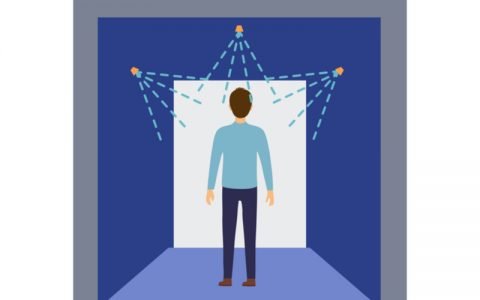 RD PACK, an Israeli-based company that ‘specializes in the development and construction of automatic machines for moving, packing and storing products,’ has developed and is piloting its first public sanitization tunnel in an attempt to combat COVID-19. Such a device, they claim, can be easily installed at just about any venue that experiences a high volume of traffic. One of the first places it’s being tested is Tel Aviv’s Bloomfield Stadium.

The construct of the tunnel allows for it to spray each individual with a disinfectant that is commonly used to combat several viruses, including that of COVID-19. Furthermore, the disinfectant itself was developed by two Israeli scientists out of Bar-Ilan University; Eran Avraham and Izaak Cohen. A disinfectant that was created via the use of tap water.

What makes their disinfectant unique is that it’s very safe being water-based. Therefore, it’s also easy on the skin. Several tests in Israeli hospitals have proved it to be effective in killing viruses like that of coronavirus.

Given its versatility, it’s possible that RD PACK’s tunnel could also be used in populated locations like airports, malls, etc.

As advertised on their website, their tunnel was designed for the following purposes:

-The Disinfectant and Sanitation spraying system was designed to promote hygienization by disinfecting areas and people passing through via an integrated spray network that target defined areas and is capable of spraying purify solution to provide maximum protection against bacteria and viruses for all people who pass through.

-The spray network will help communities fight against COVID-19 and other possible bacteria and viruses by vigorously cleaning and sanitizing all areas. The system sterilizes the entire space – even aspects that are not directly exposed to the nozzles – thereby decreasing disease transmission without interfering with their day-to-day activity.

-The main purpose of this project is to help prevent the spread of COVID-19 and promote general health and well-being.

-Our spray network is using Purific disinfection solution in a non-volatile way, which is most effective in enabling prolonged bactericidal activity and heightened sanitization of all areas and surfaces.

Just as you might expect, it works as described. The individual simply enters the tunnel on one end while several nozzles releasing the disinfectant spray await them. From entry to exit, the individual will be adequately covered in this water-based disinfectant, limiting the possibility of an active virus to remain on them, which in turn creates a safer environment for everyone else.

Israel has had no shortage of innovative ideas during the current pandemic. From producing ventilators to designing various medical masks, and even developing several efficient COVID-19 testing devices, the Jewish State has proved themselves to be second to none in the Middle East. RD PACK’s is one more addition to Israel’s list of accomplishments.

A development like this could very well be a solution for so many global entities who are trying to plan the initial steps of reopening their economies.