Following on the heels of a newly sworn-in government, the pending annexation of several regions, and a reopening economy, Israelis begin the celebration of the 53rd Yom Yerushalayim, or Jerusalem Day. 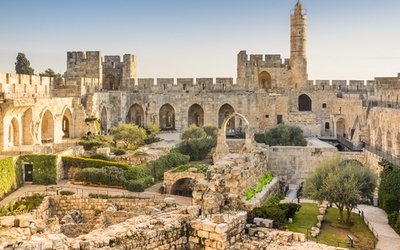 2020 marks the 53rd celebration of Yom Yerushalayim, a national holiday for Israel wherein they commemorate the reestablishment of Israeli sovereignty over the Old City. It was implemented after the Six-Day War in June of 1967, making Jerusalem Day is the most recent addition to the Jewish holiday calendar. It is celebrated on the 28th of Iyar.

Jerusalem was established as the capital of Israel long before 1967. It was under the rulership of King David that Jerusalem was identified as such around approximately 1000 B.C. The city remained the capital throughout the rule of numerous kings in Israel’s history, even under the time of the divided kingdom.

Jerusalem has fallen under the temporary rule of several gentile empires throughout history as well, including the Babylonians, Medes & Persians, Greeks, and the Romans – who eventually sieged the city in 70 A.D. as a result of the Jewish rebellion, leading to the diaspora. It wasn’t until almost 2,000 years later, in 1948, that the Jews reclaimed sovereignty over their ancestral, biblical homeland.

Immediately after their restoration to the land, they were invaded by several surrounding Arab nations “that the name of Israel be remembered no more” (Psalm 83). They’ve since then fought in several wars. Jerusalem remained divided in the aftermath of the War of Independence in 1948. The Jews controlled the western portion of the city while the Arabs controlled the east. It was the Six-Day War of June 1967 that resulted in Israeli control over the eternal city, which led to the Jews being reunited with the Western Wall. 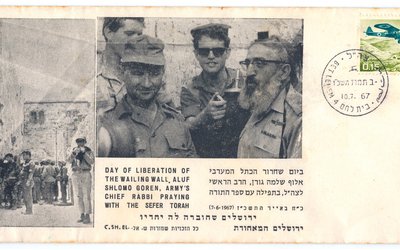 776 Israeli soldiers died in this War.

This was the first time in thousands of years that the Jews were officially reunited with their God-given eternal capital, Jerusalem, in full.

On December 6, 2017, US President Donald Trump made good on one of his campaign promises, and announced his recognition of Jerusalem as the undivided capital of Israel, something that is irrefutable historically and biblically. This resulted in him moving the US embassy to Jerusalem, something that several other countries have decided to do as well.

The reality is, with or without his declaration, the Creator God put His name on this city.