Israelis and Jews Around the World Observe Yom HaShoah

Israelis and Jewish communities around the globe to remember victims of the Holocaust during Yom HaShoah; Two-minute siren to remember those murdered; The National Holocaust Memorial Ceremony will be moved to an online presence for 2020 amid the COVID-19 pandemic. 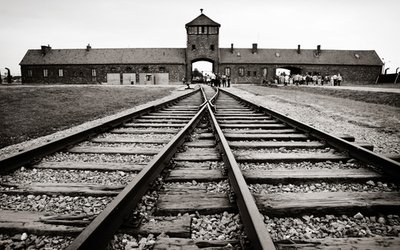 Israelis and Jewish communities around the globe will commemorate Israel’s national Holocaust Remembrance Day, “Yom HaShoah”, in memory of the over 6 million Jews murdered during the Holocaust. Yom Hashoah will begin Monday evening and continue until the evening of Tuesday. Normally, the National Holocaust Memorial Ceremony is held at Yad Vashem, Israel’s National Holocaust Museum in Jerusalem. However, due to the ongoing COVID-19 pandemic, gatherings of such size are currently forbidden.

For 2020, Yad Vashem has implemented a worldwide name-reading project for families throughout the planet. They’re simply encouraging people to record themselves sharing the names of Holocaust victims and share the short videos via different social media platforms. For people who need a hand with gathering names, Yad Vashem is providing links to several different sources on the website. The hashtags to be used are #RememberingFromHome & #ShoahNames. Yad Vashem will then collect several videos, combine them, and release the Holocaust Remembrance Day Global Name Reading ceremony online.

Not only is Yad Vashem moving to an online platform this year, but Jewish communities and organizations throughout the world are following suit.

Yad Vashem Chairman Avner Shalev released a statement that read, “Join us and mark Holocaust Remembrance Day this year from your homes. Help us to restore the memory of those killed during the Holocaust.”

Until 2020, there has been a tradition of hundreds of Jewish youth groups and Jewish communities travelling to Poland for the “March of the Living” to visit concentration camps throughout the country. The March of the Living includes a nearly 2-mile walk from Auschwitz to Birkenau to honor those murdered during this dark time in history.

Due to the current global circumstances, March of the Living has created a unique alternative this year. They’re calling it The March of the Living Virtual Plaque Project that is accompanied by the phrase “NeverMeansNever”. This project allows people from around the world to create their own message and add it to a virtual plaque that will also have the background of the notorious train tracks located at Auschwitz. 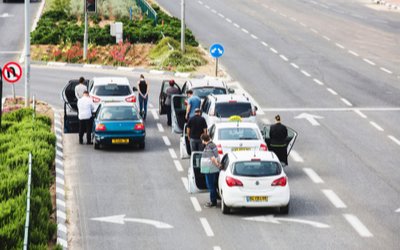 On Tuesday morning, there will be a siren that designates two minutes of silence in memory of the victims. In years past, even those on the interstate have stopped and exited their vehicles. All of the Nation of Israel will stop and stand in remembrance of the genocide of the Jewish people. As noted above, there will be ceremonies commemorating the event, however, they will be experienced in an entirely new way.

In 2019, the White House, under President Donald Trump, implemented Holocaust Remembrance Week. In his announcement he stated:

“The Holocaust will forever haunt the conscience of humanity. Unchecked evil and hatred led to unprecedented depravity and destruction. The Nazi regime sought to exterminate entire populations of those they deemed undesirable…Survivors of the Holocaust endured firsthand hatred and evil that sought to extinguish human life, dignity, and freedom.”

He would also mark a week of remembrance in 2020 and call on people everywhere to “remember the millions of lives extinguished in the Holocaust, including those of Jewish, Polish, and Slavic ancestry, Roma and Sinti, individuals with mental and physical disabilities, gays, political dissidents, and dozens of other groups.”

In January 2020, the president referred to the Holocaust as a crime “against God and humanity.” 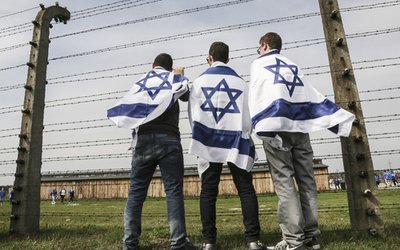