UVeye is poised to expand to the United States in the near future; Several states such as New York, Ohio, Michigan, Texas and others are said to be involved; UVeye specializes in superb, contactless vehicle inspections. 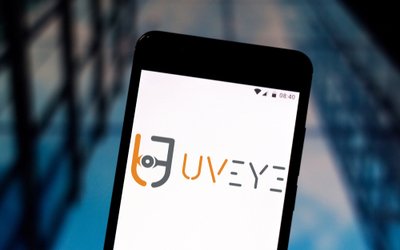 Israel’s privately-owned UVeye has big plans for a major expansion to the United States. While their unique, contactless vehicle inspection system was hands-off prior to the current pandemic, they’re product is now becoming more of a necessity each and every day.

Recently founded in 2016, the company prides themselves in being “a startup that develops automated inspection systems for vehicles, powered by artificial intelligence and proprietary hardware.”

The original product of UVeye was an enhanced vehicle inspection system that was supplied to security stations. Still in use, it targets items such as explosives, weapons and others. More recently, it’s been found to be extremely useful in the auto industry. Used by manufacturers like Toyota and Volvo, their system can simply be used in a production assembly line for quality control purposes.

The three current systems offered by UVeye are:

UVeye is looking to open new production facilities in several southeastern US states as well as Michigan and Ohio. However, these two are not yet confirmed. They will also be opening corporate offices in New York and Ohio.

In an interview with Forbes, UVeye CEO Amir Hever addressed the coming expansion stating, “Everything is on the table and we feel there is a big potential in the both the U.S. automotive aftermarket and the homeland security sector. Our technology is unique and we are here to set a global standard for vehicle inspection, whether working with OEM’s, fleets or dealerships, as well as for security-sensitive facilities and at border control locations for undercarriage threat detection. After scaling our solutions, we will decide on the right partnerships and financial opportunities.”

Interestingly enough, after the onset of COVID-19, UVeye realized they could use their inspection system as a means to check the occupant(s) of the car for fevers. Shortly after discovering this, they quickly made the product available to first responders, medical workers and those in the food industry.

This new discovery has now led to another item for their product line. Hever added, “We have seen a great interest from emergency fleets and also dealerships and repair shops that want to continue doing business despite corona and the challenges it has brought. We are now installing occupant-temperature detection systems at one of Europe’s biggest fleets and we also have seen interest from several OEM-related dealer networks, although we’ve yet to install this type of system for customers in the U.S.”

As UVeye continues to grow on an international scale, they currently have several offices around the world.