Israeli technology charges your car while you drive

As Israel has become the center for autonomous vehicle research and development, it is simultaneously continuing to be a leader in energy solutions. The race is on to find the best solutions for existing infrastructures and vehicles. One company, Electreon Wireless Ltd., has found a solution for both. Their technology is essentially a wireless charging infrastructure. But what is most impressive is the simplicity and low cost of deploying the system, as well as its solution for heavy trucks and public transportation.

Behold Israel spoke with the company’s Vice President of Business, Noam Ilan, who came to Electreon from the investment side, a common trend in Israel’s technology and innovation fields. “In my previous role, I was part of an investment company, and we were the first investors in Electreon… I went from being an investor to entrepreneur,” Ilan explained. Electreon was co-founded by Oren Ezer, an electronics engineer and the renowned inventor Hanan Rubek, its CTO, in 2013. “They were working for Elbit systems when they came up with the idea. They understood electric mobility is happening but that the battery is a big constraint. They decided to create technology that doesn’t eliminate the need for the battery but decrease the need and the whole operation of charging.” And that’s what they did. 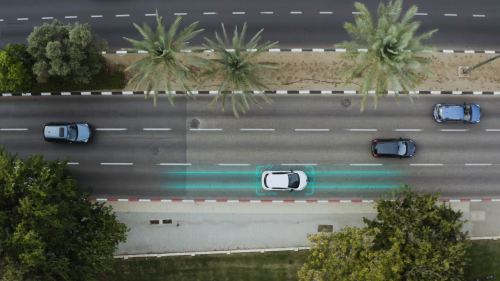 The company “provides a complete solution for the future E-city and E-highway with no gas and charging stations, no visible infrastructure and with a shared energy platform for the future of global mobility.” Electreon’s technology is easy to deploy and can be added to public roads over one night. The Electric Road implementation process includes adding copper coils to existing roads that are then covered with asphalt. After the road infrastructure is added, the system is operational with a corresponding receiver installed under a vehicle that communicates with the electricity grid. The vehicle is powered directly from the infrastructure, allowing for non-stop travel, no need for gas stations or battery charging stations, all while decreasing air pollution, all wirelessly.

The company is a public company under the Tel Aviv stock exchange and did a reverse merger a year ago. The company is well funded and “the technology is proven and 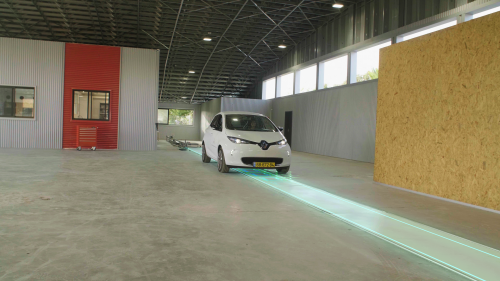 works” with two major demo projects underway — one in Tel Aviv and one in Sweden. The joint project in Israel, the company’s first, is under the Israel Innovation Authority, Ministry of Transportation, Tel Aviv Municipality and a popular bus line, Dan. The demo will include a charged shuttle from Electreon’s electric road, a bus line from a train station to the university campus, about one kilometer. Tel Aviv’s Municipality is “very receptive and enthusiastic about the project and even want us to deploy the entire system citywide,” Ilan shared. The company has plans for “much larger projects in Tel Aviv” in the future.

Electreon is a team of 20 of Israel’s “best engineers,” and the group of “hardcore engineers” are all focused on a combination of their expertise and concern for the future of the environment and smart cities. The company is solely focused on providing its solution for heavy trucks on highways and public transportation in cities, as well as heavy intercity vehicles, but intends to reach individual consumers in the coming years.

And as Israel is the center for autonomous transportation, Ilan explained why Electreon’s solution is entirely compatible. “Autonomous vehicles and the combination of what we are doing, electric roads, is a perfect combination. In our case, autonomous vehicles can drive without stopping at all or charging… There is no driver or no one to plug it in. There’s no reason for it to stop.” He added, “In the future, we expect autonomous transportation to be charged from electric roads.”

When we asked Ilan about why technology such as theirs stems from Israel, he spoke about the “Israeli spirit of being creative and trying to come up with original solutions,” as well as a strong background in various industries. Again, Israel’s innovation and technology derive from its human capital and commitment to finding solutions for the globe’s growing needs.