An Israeli company created a device that can test water without even touching it. Their product could change how we test and consume our water. Behold Israel spoke with the CEO of Lishtot, a company that has developed a unique and innovative personal water tester.

Netanel Raisch is the CEO and Co-founder of Lishtot (it means “to drink” in Hebrew). As with many Israeli innovators, Raisch has accomplished many things. For four years prior to coming up with Lishtot’s invention, he was the CEO (and founder) of DiverGuard, a company that developed an underwater alert and rescue device. And now he is heading Lishtot, a company with a mission to change how we are testing our water without touching the water at all. Lishtot invented the “TestDrop Pro”, the world’s first personal water detecting device of its kind. The technology tests water for numerous contaminants, without the use of chemicals or even touching the water, measuring its electric fields and comparing data to provide solutions for fast testing and safer drinking.

A few years back, Dr. Alan Bauer, a good friend of Raisch’s and a patent attorney and researcher in the field of diagnostics and sensors, told him about a new invention he had come up with and invited him to his lab. He showed him a type of meter which is designed to work with two probes that could discriminate between healthy and contaminated water when he used just one probe. What seemed to be a mistake (using just one probe), turned out to be far from. “It might have been a mistake,” Raisch said, “But this mistake works.” Raisch and Dr. Bauer which become his partner progressed to a significant discovery. “What we found is that unlike what people have thought, that water doesn’t have an electric field. This isn’t true. Water does have an electric field.” He continued to explain, “If you put water in any container or on any surface, you can measure the field and see the contamination. The contamination actually changes the strength and the shape of the field.” 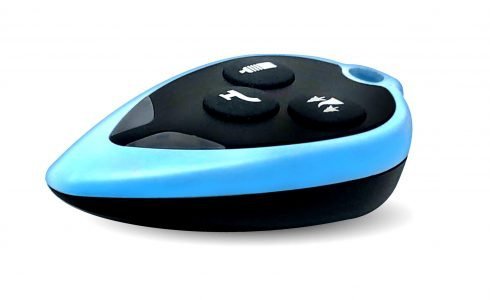 While it took a few years to find a solution, they did it. “We found complete new phenomena and we based the product on this new invention.” He added, “We tried to take and change the power equation because until now, you are supposed to trust your water company to provide you with clean water. The problem is, they are very biased.” But how does it work? You simply move the device above the water line and test. The device’s antenna reads the electric field and evaluates if the water is palatable. The data is sent to the app and actively creates water mapping.

Raisch referred to his military service in the Israel Defense Forces where he served in a special forces unit. “We carried tons of water. It was the heaviest thing we carried. You cannot trust any local waters due to contamination fears.” This led to the idea of what if you could test the water to avoid carrying it? He also saw this need whilst traveling in the East where he saw a bottled water factory where recycled bottles from the streets were sold with tap water. This brought up the idea of saving money and resources.

The company is definitely addressing water security and trust. One of the issues Raisch referred to was that of third parties in testing water, as well as fake or inaccurate results. “The people testing water often provide fake results. They are biased as water companies want you to be happy with their water.” He gave a perfect example within professional markets, like utilities, who are supposed to test for e coli daily. “It takes 24-48 hours to get the results after a water test. During this time, the water quality will change so many times. We sometimes see water quality changing in 2-3 minutes… If you are sending something to a lab, you won’t have the results immediately. Theoretically, the customers are drinking polluted water for at least one day before.”

Also, the use of chemicals on the water you test is something Lishtot wants to be rid of. “You cannot drink the same water you just tested because you add chemicals. If you don’t touch the water, you can drink it. We have the only technology in the world that you can drink the same water you tested. Water can be very different from cup to cup.” And this is Lishtot’s mission: to change how we test our water. “We want to give people a tool to test the water and know if it’s good or not, in two seconds, without touching the water.” But it’s not just about purchasing and using a device. “We are also collecting data. By collecting data from people testing water all over the world, we are building global water quality maps.” This means that even if they don’t have the device, Lishtot’s data can tell you if someone’s tested the water near you. 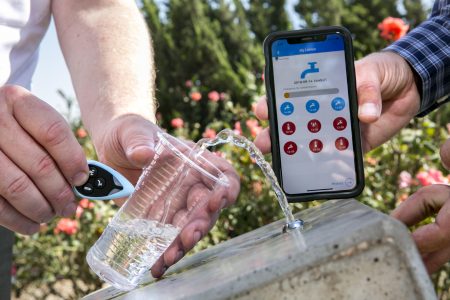 Lishtot is also tackling the filtration world. Raisch gave an example of water treatment and practice that’s been manipulated for economic gain. “There is no correlation between time and filtration. Companies are trying to sell you more filters,” he shared. “If you can test your filter, you can know the length of time it should work.” Lishtot’s device does that, and they want to work towards replacing water testing kits.

Lishtot is so far exceeding in their mission. Their product is being used by thousands in over 50 countries globally, including Kuwait and Saudi Arabia, and 45 of the 50 states in the United States of America. And as will all Israeli innovations we have covered, the team is giving back. Their less than one dollar a test is assisting Nepal, a low-income country. They also worked with Mozambique after regional floods and are working with a few organizations in Africa.

When asked why Lishtot’s technology will change the world, Raisch responded confidently, “We believe that people should know what they drink. If you think about it, there are millions in need. An estimated 1-3 million people die each year from polluted water. This boils down to them not having the knowledge or tools needed. We want to provide the tools to change this.”