Iranian-backed militia were targeted overnight in Damascus by what the Syrian Observatory for Human Rights claims is an attack from the Israeli Air Force; Air defense systems were activated. 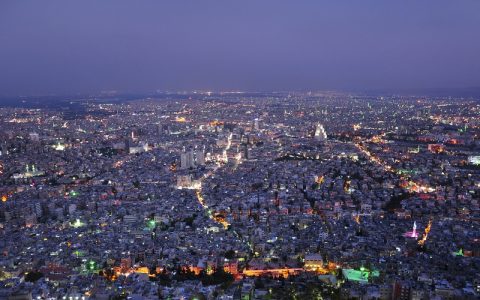 Overnight on Wednesday, what is believed to have been an Israeli Air Force strike was carried out in or near Damascus, Syria. According to a source, the Syrian air defense system intercepted ‘hostile targets’ over the city. The Syrian news agency SANA claimed the targets came from “occupied Syrian airspace in the Golan Heights.” Another source states that aircraft entered Syria from Lebanese airspace. Israel is, of course, not commenting on the matter.

There have been several Iranian-backed casualties in recent months inside of Syria, primarily near the Syria-Iraq border town of al-Bukamal and also in and around Damascus.

Israeli Prime Minister Benjamin Netanyahu has put Iran on notice countless times as they continue their agenda of Iranian entrenchment in Syria. Netanyahu has vowed to strike Iran whenever and wherever necessary to keep them from surrounding the Jewish State via their proxies in the Middle East.