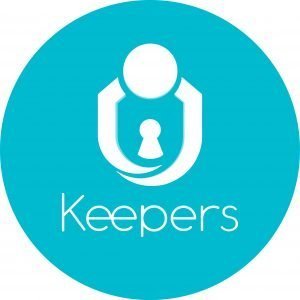 An Israeli company is combining child psychology and technology to provide a solution for cyberbullying. In a world where bullying has no boundaries or limits due to the Internet, Keepers Child Safety, also known as Keepers, have found not only a solution but likely a different approach to monitoring our children’s emotional state, while protecting their privacy. Their NLP (neuro-linguistic programming) algorithm is able to monitor and evaluate the emotional state of children’s conversations on mobile devices and social media (Facebook, Instagram, Snapchat, Twitter and more) and parents are notified in real-time of any bullying or distressful conversations through their analysis technology. The app tracks usage time and has uninstall proof and live location services.

Co-founder and CEO of the Keepers, Hanan Lipskin, is a native of Jerusalem and seasoned software engineer who served in an encrypted communications unit in the Israel Defense Forces (IDF). Before starting the company, he worked at the IT company Cisco in software integration and as an Android developer. “While I was working for Cisco, I tried to challenge myself and to explore new opportunities. I was involved in an application competition and created a new app just for fun and to try to win prizes,” Lipskin shared. “I didn’t know at that time that I would be creating a start-up from an app…” During this period, he found his co-partner for Keepers, Doron Yaakobi, after he reached out to Israel’s Bezelal Academy of Arts and Design in Jerusalem. “I needed a UI designer and asked them for their best student. They got me in touch with Doron.”

Around the same time, the duo was inspired by a man named Arik Budkov, the company’s COO. After the suicide of one of his son’s friends due to bullying, “he was afraid his son would be a victim of bullying and spoke about how someone should find a hi-tech solution for this high tech problem of social media bullying. Doron and I decided to find that solution.” And their work began, as does most Israeli innovations, with a need, skills and commitment. “We created an application that can detect all the incoming and outgoing text messages on social media platforms and we can evaluate whether the messages have bullying or offensive language and when we receive it, we deliver a report to the parents… We can protect children,” Lipskin assured.

Discussing trauma and how it plays a tremendous part in a child’s welfare and development, Lipskin told Behold Israel 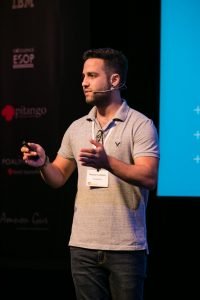 about his personal experience with bullying following a traumatic event that changed his life. “When I was 14 I was in a suicide bombing attack in Jerusalem in the French Hill,” referring to one of Israel’s deadliest terror attacks on June 18, 2002. 19 people were killed and 41 injured, one of Lipskin’s friends dying shortly after the attack. “I suffered from post-trauma following the attack,” which he explained deeply affected him as a teenager and resulted in bullying from his peers. “When you are a child suffering from trauma, you can become violent, your social skills are damaged… I had my rough times and understand the pain of bullying. When I got home from school around 4 pm to my bedroom, the bullying ended and I felt safe in my safe space… What should be a child’s safest place is no longer due to the Internet.”

The problem is not just the Internet, but understanding bullying from the inside. This is what Keepers algorithm, child psychologists and team have figured out. 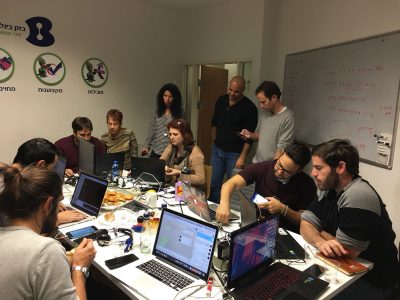 The app was made in-house in Jerusalem, Lipskin boasting “It’s 100% Jerusalem made. On our team, we have Orthodox Jews, women, men, secular Jews, two [Palestinians] developers from Ramallah… We love the pluralism and that’s [one of] the missions of the company.” And how does Keepers work? Once you install their application on a child’s device, Lipskin explained “we can understand all the incoming and outgoing messages. Our algorithm then checks the emotional state of the conversation. If it is negative, we will report it to the parents. If the conversation is positive, we do not notify the parents as we want to protect the child’s privacy.”

The app took off in Israel in 2017 and within the first month and a half, they had over 12,000 users. Since then, there has been a snowball effect and the app is now used throughout Europe. “We are working with vendors all around the world, in Israel, Russia, Austria, Germany and Italy,” just to name a few. The app has won awards and continues to grow all while advancing solutions as cyberbullying develops.

Cultural differences play a huge part in their solution. Lipskin explained that language and culture are different by region and their current, ongoing challenge. Keepers is working heavily under the EU Horizon 2020 program that has an € 80 billion budget over 6 years, promising to result in “more breakthroughs, discoveries and world-firsts by taking great ideas from the lab to the market.” But children’s behavior in the Europe is different from North America. For instance, American children use vulgarity to emphasize situations, unlike European youth. Lipskin told Behold Israel, “The slang is tough. We need to understand the culture in order to understand the behavior… The population in Europe acts very differently than the United States and even within countries there can be regional differences.” He gave an additional example of offensive language in Israel. Insults in Tel Aviv many times involve words connected to gender, while in Jerusalem and surroundings, insults are more racist and political. “The challenge is not technology, but mainly psychology. We haven’t found the formula to inform parents… We are trying to find out how to send messages to American parents on how their children’s behavior, to understand the template of bullying in the United States in order to offer a more advanced product.” 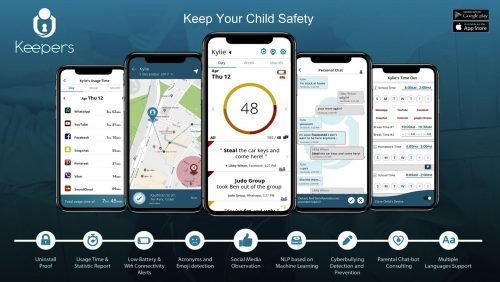 The app is a white label application used by several telecommunication companies, meaning they can change the name of the brand, creating several products. They have over 200,000 families using Keepers all around the world. The company has been able to locate conversations on bulimia and has even stopped pedophiles. “At the end of the day, our goal is to save children’s lives. This is what keeps me going on this mission. I have a folder with hundreds of thank you letters from youth and parents… Even if we can save one soul out of those 200,000 families, it will be worth it.”