One of Israel’s greatest contributions to the globe is drip irrigation which has transformed farming for arid and difficult conditions. Behold Israel met with the CEO of SupPlant, a company revolutionizing irrigation through technology and big data. 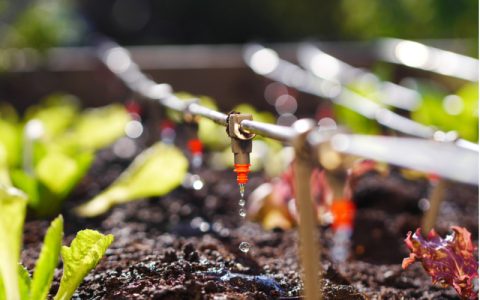 globe. One of its most remarkable achievements is drip irrigation, invented in 1959 by a Polish immigrant to Israel, Simcha Blass. Drip irrigation systems are pipes or hoses that are designed to distribute water while manipulating the flow so that the water slowly drips over time. The system allows for water to directly reach the root of plants for a sustained amount of time, saving water and increasing plant yield, a lifesaver for this country and others facing drought or arid conditions.

Fifty-five years following this revolutionary invention, new technology has been invented, not surprisingly also from Israel. A company called SupPlant has invented a unique artificial intelligence system using cloud services, technology, and big data to improve the science of farming while saving water and increasing food production. The product has only existed for four years and is already changing how we farm. Behold Israel met withSupPlant’s CEO, Ori Ben Ner who oversees its 50 employees. “We are changing the way people are irrigating crops. In simple words, we do this by talking to the plants, more specifically, irrigating according to plant sensors and data retrieved from them. More specifically, we are checking and learning the growth patterns and stress levels of a plant through checking the trunk, fruit and the leaves.”

How does it work? SupPlant’s product uses sensors attached to a plant and its roots, using an algorithm to evaluate the plant’s health, the soil and water needed. It sends this information to the farmer’s smartphone and cloud services. “Every ten minutes sensors send signals and we are operating autonomous irrigation systems that are opening and closing valves according to an algorithm that analyzes the plant’s data.” Like Blass’s invention and all too common to Israel, the algorithm was developed by an immigrant to Israel, Leon Slavkin, an American who SupPlant recruited while he was a volunteer in the field of plant sensors at Ben-Gurion University in the Negev. It is SupPlant’s first product, and the rest of the business “derives from the ability to analyze plant’s data on a micro-level.” SupPlant is revolutionizing the use of big data in agriculture, all while learning irrigation techniques that can help the masses. The company operates in 40 markets and 31 different crops. “The results speak for themselves,” Ben Nur boasted. “From the first year, we saw 20-25% water savings according to the common practice of a farmer before using the system.”

Addressing the challenges facing the developing and third world farmers of the world, Ben Nur gave some background. “In certain areas of the world, water is a scarce resource and causes major challenges for the irrigation of crops. 70% of all fresh water available in the world goes to irrigation.” He went on, “Closing the tap while you’re brushing your teeth has very little impact. If you want to save water, you need to change the way irrigation is done and this is what we are doing.” And SupPlant is the only company in the world with this kind of product. “Starting the second year, usually we begin to see increased plant health and increases in yield and production. It’s a win-win situation, you save on resources, like water and the electricity that goes into pumping the water, and you earn more by expanding your yield. This is a revolutionary product.” 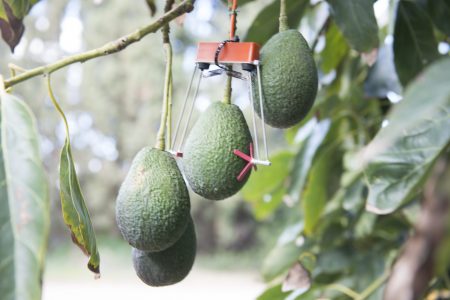 Advanced technology does pose some problems, particularly for conservative farmers or farmers from lower-developed countries, who are not as quick to jump onboard. SupPlant’s product can seem complex for these communities, Ben Nur explaining their efforts as, “The most challenging aspect is convincing farmers to take their hand off the wheel… We have a product for the large growers of the world. We are aiming to take all the data we have collected and all the knowledge and this year will launch a product for smallholder farmers, the small growers of the world. 70% of the growers are not in charge of 70% of the food, but rather just 20-30%.”

They do this by using a mix of crop coefficient and “mathematics with variables that the grower will fill in simple acts and give them very accurate irrigation instructions that are built upon our data and abilities and data provided by the farmer.” And the cost is much lower. This contribution to the food economy includes “accurate irrigation instructions, which are derived from our data and abilities and local data supplied by the grower. We can then provide recommendations and plant treatment… This is how we try to tackle the issues facing small growers.” Reaching massive numbers of small farmers in third world countries, however, depends on NGOs, governments, funding and much more. Ben Nur explained, “Some countries the farmers are so behind, there isn’t even a finance infrastructure [and] you need to find a relevant body to reach remote growers on earth.”

SupPlant is already a major success and has expanded around the globe rather quickly. Their products and services can be found in Spain, Latin America, the United States, Canada and most recently Australia and African countries, mostly in South Africa. The product has the “fastest return on investments a farmer can get and in Israel is already being used by small farmers. As with all of Israel’s innovation and technology, it is not only building a stronger, flourishing Israel but also about sharing that success with the world and those in need.