In a report published by Forbes regarding the top 50 companies worldwide in the food & agriculture technology sectors, 10 of them were Israeli companies; Companies who make this list are seen as ‘exceptional companies…pushing the boundaries of innovation and technology’.

Forbes recently published an annual report that is put together by SVG Ventures-THRIVE, compiling who they believe to be the Top 50 companies worldwide in both the food & agriculture technology sectors. You guessed it! Not only did an Israeli company make its way into the Top 50 but 10 different Israeli companies made it on the list!

SVG Ventures-THRIVE is ‘the leading agri-food innovation ecosystem, comprised of top agriculture, food & technology corporations, universities and investors.’ According to THRIVE, the companies on the list “are scouted for their exemplary leadership teams, technology and traction and are selected following months of rigorous research by the SVG-THRIVE team.”

Making the Top 50 list, for Israeli tech companies, really isn’t much of a surprise given recent statistics that show that they’re now able to provide close to 95% of their country’s food needs, importing a very small percentage from other countries. Getting 10 companies on the Top 50 list, coming from a country nearly the size of New Jersey is another feat.

To name a few of the Israeli companies that made the prestigious list are the following companies. Each description is directly from their respective websites:

CropX: A farm management company seeking to Optimize & automize farm management, using the world’s most scalable platform to integrate data from both above and below ground.

DouxMatok: Self-identified as a leader in targeted delivery of flavour ingredients, such as sugar and salt, enabling healthier consumption of foods without compromising taste.

Tastewise: Allows the consumer to discover food trends in real-time AI and accelerate marketing and product development with the right data-driven insights.

Future Meat Technologies: Advancing a cost-effective solution for cellular agriculture, that is scalable and sustainable by design. Their animal-free meat does not compromise on nutritional value, aroma, or flavour. Using GMO-free animal cells, they’re able to produce meat inside of bioreactors in a local factory. 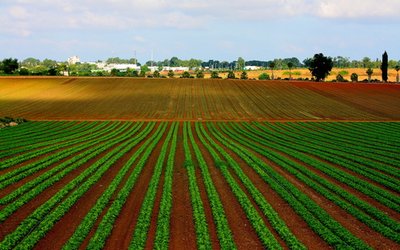 Other companies such as InnovoPro, TIPA Corp, Infarm, Taranis, and Prospera also made the list.

In an interview with Adrian Bridgwater, a senior contributor for Forbes, Jon Medved, the CEO of a Jerusalem-based company spoke to how Israel is becoming such a technological powerhouse. He would state, “We have a longstanding tradition of turning curses into blessings. We don’t have huge natural resources, so we have worked hard to develop our skills-base in the country. I don’t want to over-play the Jewish rhetoric, but there is a certain mentality that leans towards risk acceptance here… and people develop that from a young age. In my view, great achievements (in life – and in technology) are made by taking lots of risks, but in a calculated way with a diversified approach to everything.”

Additionally, according to the annual Bloomberg Innovation Index, Israel made their way into sixth place on the world platform in 2019.

Beyond all of this, when the LORD spoke through the prophet Ezekiel 2500 years ago, He not only promised to restore the Jews to their land but to also make them flourish more than they ever had, simply in an act of His grace:

Ezekiel 36:6-11
“Therefore prophesy concerning the land of Israel, and say to the mountains, the hills, the rivers, and the valleys, ‘Thus says the Lord God: “Behold, I have spoken in My jealousy and My fury, because you have borne the shame of the nations.” Therefore thus says the Lord God: “I have raised My hand in an oath that surely the nations that are around you shall bear their own shame. But you, O mountains of Israel, you shall shoot forth your branches and yield your fruit to My people Israel, for they are about to come. For indeed I am for you, and I will turn to you, and you shall be tilled and sown. I will multiply men upon you, all the house of Israel, all of it; and the cities shall be inhabited and the ruins rebuilt. I will multiply upon you man and beast, and they shall increase and bear young; I will make you inhabited as in former times, and do better for you than at your beginnings. Then you shall know that I am the Lord.”