Despite the rising number of cases and the challenges they’ve faced throughout the pandemic, the Jewish State ranks second to the United States in the COVID-19 innovation report put out by StartupBlink and UNAIDS Health Innovation Exchange. 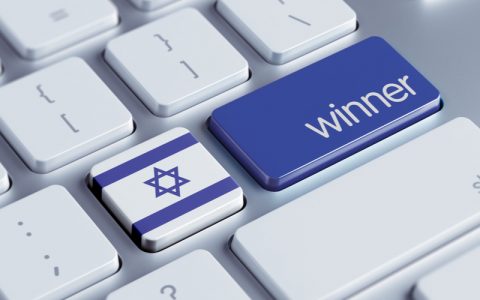 Ever since the global onset of COVID-19, nearly every country on earth has been forced to get creative when it comes to keeping its economy alive and population employed, all while keeping its people safe. Many countries have been hit far worse than others. Even Israel, with this second wave of the virus, is seeing a large spike in cases. Regardless, it’s during times like these that countries prove whether or not they can rise to the occasion.

Despite the challenges they’ve faced, Israel has not disappointed in 2020.

In what they call the COVID-19 Innovation Report, the international organization known as StartupBlink ranked Israel second in the world to the United States when it comes to its response to COVID-19. UNAIDS Health Innovation Exchange also had a role in the report. As for the criteria for the report, the organizations look for countries that know how to get innovative and produce high-quality equipment to combat the spread of the virus. They also review other criteria such as preventive abilities and treatment.

The final report includes 32 different countries and 80 different cities and consists of an algorithm that takes several variables into account. Specifically, StartupBlink does measure the “level of innovation from the private sector in each city and country.” And as they revealed in an article published by The Jerusalem Post, Israel, though small among the nations, has no shortage of ingenuity.

StartupBlink CEO Eli David noted, “Israel ranked as the second-most innovative country in the world, after the US. This is an outstanding achievement, showing the ability of Israeli entrepreneurs to create high-quality solutions with substantial potential to help mitigate and eradicate this far-reaching crisis. Of Israel’s ranked cities, Tel-Aviv leads the country and takes 5th globally. The city’s response in this time of challenge proves Tel Aviv is maintaining its global reputation and remains able to create innovations in a wide variety of verticals, including in health-tech.”

Israel has a longstanding reputation of proactively finding practical, efficient solutions to problems that many countries struggle with. Most recently, throughout this pandemic, Israeli Aerospace Industries (ISI) used some of its routine missile production lines to produce ventilators for those in critical condition.

David concluded his article with The Post stating, “When so much in the world is changing, what we need more than ever is to be aware of not only the bad but the good that is happening in the world. It is important to know that start-ups and corporations around the globe have been working tirelessly since the emergence of the coronavirus in hopes of finding a permanent solution to the crisis, and to help people adjust to the new normal it will bring. “

Since the onset of the epidemic, Israel hasn’t just been able to help serve the needs of its own people, but they’ve been a blessing to other countries as well; most notably, they went out of their way to help the Palestinians with thousands of resources such as medical masks and test kits.

Though they rank second in this report, Israel’s ability to adapt to the circumstances around them is second to none.