Israel: A Light unto the Nations

Israel’s governmental organization MASHAV has been outsourcing Israeli knowledge and skills from Israel’s innovation and progress to assist developing countries.

Since the early years following its independence in 1948 and following the atrocities of World War II and the Holocaust, Israel’s forefathers and people have remained committed to being a “light unto the nations”, devoting its resources and time to assisting other countries in need. Israel is a constant first-responder to world disasters and is always offering its hand in support, from search and rescue efforts following devastating tsunamis, to providing trauma counseling following disastrous ordeals.

While some of Israel’s humanitarian missions are known to the world, the Israeli government has been funding long-term, sustainable programs and training to countries in the developing world. Israel’s Agency for International Development Cooperation, or MASHAV, has been active since 1958 after it was founded by Israeli prime ministers 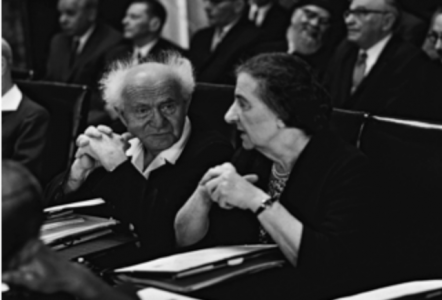 and immigrants, Golda Meir and David Ben-Gurion. MASHAV has “been outsourcing Israeli knowledge and skills from Israel’s innovation and progress to assist other developing countries,” with the mission “to lead Israel’s efforts in empowering the developing world with tools to overcome development challenges and elicit sustainable transformation within their own societies.” As stated by Golda Meir in 1975, “…the truth is that we did what we did in Africa, not because it was just a policy of enlightened self-interest, but because it was a continuation of our own most valued traditions and an expression of our own deepest historical instincts.”

Behold Israel spoke with Adam Levine, a MASHAV Project Manager in Evaluation, Planning and International Relations at the Israel Foreign Ministry, to better understand MASHAV’s work and impact around the globe. Starting from its history and the struggles Israel faced as a new, developing nation, Levine explained, “60 years ago Israel was a developing country, a very poor country, with a lot of difficulties, but even so, it was important for Israel to do aid and development and work in cooperation with nations around the world.” Referring to the challenging period in Israel’s history following its independence, he explained, “Post World War II and the Holocaust, Israel and its leadership asked themselves, ‘Where were other nations in our time of need?’ We asked ourselves as a nation, ‘Where was the responsibility for other human beings?’ It was important for our founding fathers, David Ben-Gurion and Golda Meir, to reach out with a hand to those other countries in need.”

Levine described Israel’s innovation and ability to use its greatest resource, that of its experiences, to deal with the dire situation in Israel. “Israel at that time, and today as well, was in a way a human laboratory- it was going through multiple changes like immigration, how to build an education system, a health system, agriculture. We did all of this with very little resources,” Levine explained. “A lot of the solutions that came up through Israel and put into practice were very relevant for the rest of the developing world,” like Israel’s revolutionary agricultural developments and solutions to its regional water crises. “Israel understood that it can do a lot of change with little means, especially with other countries with similar circumstances, many of those countries also near to or seeking independence.” MASHAV works with developing countries as per the UN definition of development. 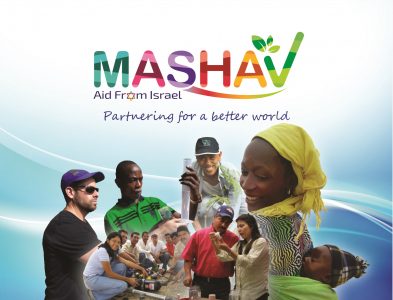 MASHAV’s efforts are diverse and impressive, Levine listing some of the dozens of training and skills it provides, like “food security and climate-smart agriculture, education, medicine and public health, emergency preparedness, innovation and entrepreneurship, renewable energy and green growth, humanitarian aid and relief,” and so many more. It’s main focus and concentration since its inception to date remains in agriculture, education and women’s empowerment and community development.

The organization focuses on long-term and sustainable projects. Rather than just donating or funding projects, it works in cooperation with global organizations. The majority of its resources go into its training centers in Israel and abroad. Israel sends experts to the countries themselves to train there or invites participants to study at one of its permanent training centers. To date, MASHAV has trained over 300,000, Levine emphasizing the quality of the training, what he referred to as “proper training”. “Because it belongs to the Israel Foreign Ministry, the head of efforts are most usually Israeli diplomats, as well as employees who have a focus in developing countries. Many of our employees are professionals, coming from education backgrounds… we deploy through their skill set in the areas they deal with for the best results.” These courses and programs are taught in English, French, Arabic, Spanish and Russian and can last anywhere from three weeks to five months in Israel. Annually, MASHAV trains over 5,000 in its 160 courses in Israel and abroad, as well as 100 short-term consultancy missions.

All of its programs “are opened to every single relevant person from around the world, from any country or any place,” 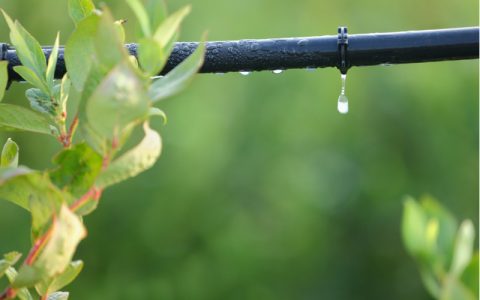 Levine emphasized, “even in countries where relations with Israel are not that strong traditionally…” In fact, almost every country that Israel has relations within the developing world has been assisted by MASHAV. Its predominant efforts are currently in Asia and Africa, with programs and training centers in dozens of disciplines and fields in Togo, Ethiopia, Kenya, Tanzania, Thailand, Vietnam and Nepal, just to name a few. India, for example, currently has 27 big agricultural training farms focusing on different areas of agriculture. Levine explained, “people come and train all year long to develop a certain type of agriculture in a given area,” like how to plant harvest, post-harvest and growing techniques. From teaching Ethiopians how to grow avocados to dairy farms in Vietnam and drip irrigation in Myanmar, MASHAV has been actively shaping the developing world to succeed amidst adversities.

MASHAV works in cooperation with local government and private organizations and NGO’s like the World Bank, the United States Agency for International Development, various UN organizations and initiatives, WHO and FAO. It’s tradition and core value of capacity building gives MASHAV a sustainable and exemplary model for assisting developing countries. “Capacity building is the structure and backbone of the organization. We train people in order to give them skills which can be put into practice in their countries.” Levine added, “Since day one, all these activities have been done in cooperation. It has never been that Israel comes and says, ‘this is how it should be done, we know better than you’. It has always been a process of flexible dialogue… our techniques have adopted and changed built to suit the people on the ground.” While MASHAV is fully funded by the Israeli government, their logic “is we put some of the money in and the local side also contributes,” Levine explaining that this approach creates joint ownership and trust, and has proven to work over the past years.” He told us that MASHAV uses middle management which results in a sort of ripple effect. “We give them practical tools to use in their countries and make the change themselves.” 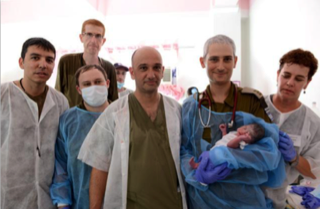 The organization is one of the dozens of Israeli bodies that assist in humanitarian emergencies. Levine briefly touched on MASHAV’s “second type of aid”. “While we focus on sustainable projects, meaning we work over a long period of time to make sure things are actually having an effect, we also provide assistance in need-based infrastructure, from food to medicine, to tents and blankets.” Some examples of this would MASHAV’s 147 member delegation that assisted the Philippines in 2013 following the typhoon, to its humanitarian aid and assistance during the Fuego volcano eruption in Guatemala.

It’s work in over 140 nations globally is most certainly another illustration of Israel as a “light unto the nations.” As stated by Israel’s founding prime minister David Ben-Gurion in 1961, “Israel has been granted the great historic privilege, which is also a duty, of … helping to solve the gravest problem of the dangerous gap between Asia and Africa on the one hand and Europe, America and Australia on the other.”

“…Indeed He says, ‘It is too small a thing that You should be My Servant to raise up the tribes of Jacob, and to restore the preserved ones of Israel; I will also give You as a light to the Gentiles, That You should be My salvation to the ends of the earth’…” – Isaiah 49:6