Reports indicate that the commander of the 40th brigade of Kata’ib al-imam, ali Raid Karawi, was killed in Iraq; The financial leader for the Islamic Revolutionary Guard Corps (IRGC), Abdul Reza Shahla’I, was also killed in Yemen; Canada calls on all Canadian citizens to leave Iraq immediately.

Early in the December 2019, the United States issued a bounty of $15 million dollars for information on financial activity and movement involving the Islamic Revolutionary Guard Corps (IRGC) Quds Force Financial Leader Abdul Reza Shahlai. The search will continue no more, as a report came in on Friday evening that indicates he has been killed as a result of a night operation in Yemen. Shahlai is responsible for the deaths of five US soldiers dating back to 2007 when he orchestrated an attack that led to their deaths. 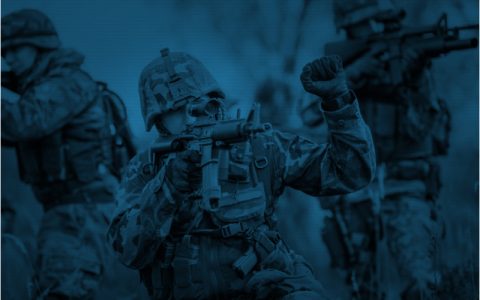 In addition to the death of Shahlai, there are non-confirmed reports that the commander for the 40th brigade of kata’ib al-imam, Raed al-Karawi, has been killed in what seems to be another US airstrike. In close proximity to this strike in northern Iraq, another reported airstrike took place near Baghdad that is believed to have targeted at least one more high-ranking IRGC member. These two strikes and the death of Shahlai come just one day after the US, at the command of President Trump, killed the notorious Quds Force commander, Qassem Soleimani.

In response to the rapid escalation in the Middle East, Canada & the US have both issued urgent announcements for their citizens to leave Iraq immediately. Additionally, the US is sending another 3,500 troops to the region. Aside from these strikes, Iraqi security forces also located multiple Iranian projectiles that were hidden under al-Qasim bridge near Baghdad. The rockets are in “like new” condition and were undoubtedly intended to be fired at Baghdad’s green zone.