Beginning Sunday, with no end in sight, Kata’ib Hezbollah has issued a strong warning for all Iraqi security forces to keep a distance of at least 1,000 meters from all US military bases. This announcement comes after several US strikes on prominent figures belonging to the Islamic Revolutionary Guard Corps (IRGC); most notably, Quds Force Commander Qassem Soleimani, who was killed on Thursday.

On Saturday, several rockets hit at one of the bases, resulting in several injured Iraqi security personnel, and zero casualties. A spokesman for the Iraqi military announced Saturday that they’re suspending all US military activity indefinitely.
Keep in mind that all of what’s going on in the Middle East traces back to Iran and their spread of terror. 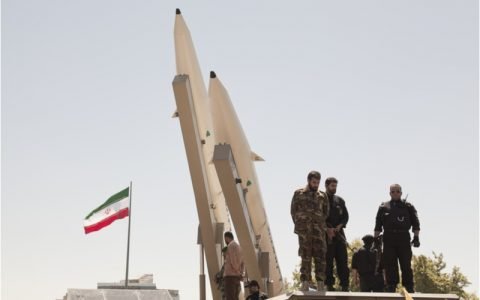 As an embarrassed Iran is now vowing revenge for what has transpired over the last few days, President Donald Trump has issued a warning to Iran, that if they continue down the path of hostility and attack US targets in the region, the United States will respond with devastating force towards 52 highly-valued Iranian targets. Trump tweeted, “Iran is talking very boldly about targeting certain USA assets as revenge for our ridding the world of their terrorist leader who had just killed an American, & badly wounded many others, not to mention all of the people he had killed over his lifetime, including recently hundreds of Iranian protesters. He was already attacking our Embassy, and preparing for additional hits in other locations. Iran has been nothing but problems for many years. Let this serve as a WARNING that if Iran strikes any Americans, or American assets, we have targeted 52 Iranian sites (representing the 52 American hostages taken by Iran many years ago), some at a very high level & important to Iran & the Iranian culture, and those targets, and Iran itself, WILL BE HIT VERY FAST AND VERY HARD. The USA wants no more threats!”