The Islamic Republic is calling on Interpol for assistance after issuing an arrest warrant for US President Donald Trump; Their motive for such a decision comes after the killing of former IRGC Commander, Qassem Soleimani. 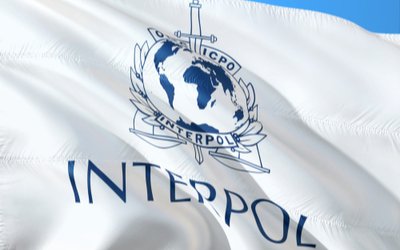 Months after Iran’s former Quds Force Commander, General Qassem Soleimani was killed at the hands of a US drone strike, the Islamic Republic has now issued an arrest warrant for US President Donald Trump and several others they deem responsible. Soleimani was killed in Baghdad on January 3rd.

Iran is calling for the assistance of the International Criminal Police Organization (Interpol) in seeing this through. Though the arrest of the President of the United States is not something that’s going to happen, this action is viewed as one more step of antagonization as tensions grow between Iran and the US. Iran’s prosecutor, Ali Alqasimehr, claims that President Trump and dozens of others need to face charges for ‘murder and terrorism.’

Ali Alqasimehr is also reported to have issued a ‘red notice’ to Interpol, which represents the most urgent request for an arrest. The France-based international organization refused to give an immediate response. US special representative on behalf of Iran, Brian Hook, reinforced the reality that Interpol is forbidden to act in relation to any political agenda.

He said, “It’s a propaganda stunt that no one takes seriously and makes the Iranians look foolish.”