The female pilot and now deputy commander flew F-16s prior to her transition to the F-35s; She is the first Israeli female pilot to fly the F-35s; The 116th squadron is the 2nd F-35 squadron in the Jewish State. 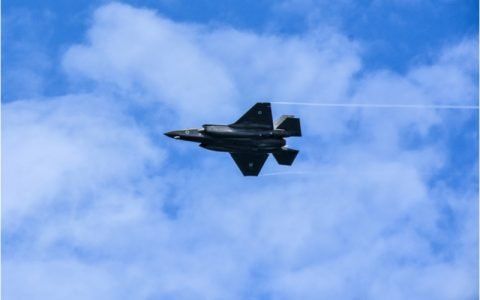 The Israeli Air Force (IAF) has appointed its first female F-35 pilot to the rank of Deputy Commander of the 116th Southern Lions Squadron, which is based out of Nevatim Air Force Base in southern Israel. The 26-year old pilot has been dubbed “Captain S,” or “Shin (corresponding letter in the Hebrew alphabet),” and both her name and face are classified.

The 116th Southern Lions is the second squadron of Israeli F-35s, and likely to be completed in the next 3-4 years. Additionally, the IAF plans to eventually install a third squadron. When the second is completed, Israel will have 50 F-35 fighter jets.

The deputy commander is responsible for several items within the rank of command, often including (but not limited to) the supervision of internal staff, commitment to ensuring that staff is complying with the policies in place, assisting the group commander, and many other things.

Not only has the F-35 changed the military landscape in the Middle East, but Israel’s variation of the jet, the F-35i Adir, is a nightmare for their enemies in the region. The F-35i Adir is the only F-35 variant that is customized to suit the needs of a specific foreign country.

As noted by Lockheed Martin:

Israel became the first country to select the F-35 through the United States government’s Foreign Military Sales process when a Letter of Agreement was signed in October 2010. On June 22, 2016, the Israeli Air Force received the first F-35A Adir for Israel at a ceremony at the Fort Worth, Texas, F-35 factory. The Israeli Air Force declared its F-35 fleet operationally capable in December 2017, marking the completion of an intensive integration and training effort conducted at Nevatim AFB, Israel. The Israeli Air Force gave the F-35 the Hebrew name Adir which, meaning “Mighty One” in Hebrew.

Not only is she the first female pilot in Israel to fly the F-35 stealth fighter jet, but reports indicate that she is only the second in the world to fly one of them in combat. There are multiple female F-35 pilots in the United States Air Force (USAF). And before she became the Deputy Commander of the 115th, she was with the 107th squadron, known as Knights of the Orange Tail, flying F-16s.

Captain S completed her training to fly the “Mighty One” back in 2016 and has been doing so since that time.