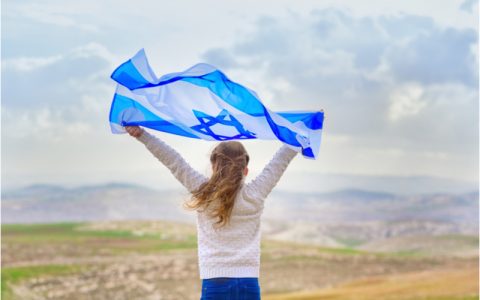 After dedicating the solemn day of Yom HaZikaron to remember those who have gone before them, Israelis will now prepare to celebrate their 72nd year of independence as a nation on Yom Ha’Atzmaut. Independence Day was strategically placed after Memorial Day in recognition of the reality that without the brave sacrifices of so many Jewish men and women in Israel’s history, there would be no independence.

1948 marked the rebirth of the nation of Israel when the Jewish people declared independence in their homeland in the aftermath of World War II. Their independence was made official on May 14, 1948, with the signing of the Declaration of Independence in Tel Aviv. However, Yom Ha’Atzmaut is not recognized annually on that date, but rather, it is celebrated on the fifth of Iyar on the Jewish calendar.

It was only a matter of hours before five different Arab nations acted on a mutual interest of eradicating the name of Israel from the face of the earth after the nation was born on May 14, 1948. Jordan, Egypt, Iraq, Syria, and Lebanon all attacked the Jewish State the very next day, which is known as the Arab-Israeli war of 1948. God’s hand in the deliverance and survival of the Jewish people is a story like no other.

From Holocaust survivors to a radiant, thriving nation, Israel now has one of the leading militaries in the world.

Sundown on Tuesday will mark the beginning of Yom Ha’Atzmaut when mourning will turn to joy as Israelis celebrate what they’ve held so dearly for 72 years now. Traditionally, there is a ceremony at Mount Herzl in Jerusalem, where they raise the flag from half-staff to the top of the pole. This is typically followed by a speech and military parade, however, due to the current pandemic, there will be no large gatherings, though the raising of the flag will surely take place.

President Rivlin reflected on the history of the nation Tuesday morning, stating, “We have proved that we are an ancient people but also a modern one. A people that draws strength, values and belief from such ancient tradition. A people that know how to develop, renew, to dare and to dream – yes, sometimes to be impertinent – every day. That is why even on this Independence Day, there is no one like the Israeli people.”

He would also add, “While this year’s celebration may be different, no virus could keep us from celebrating the miracle of the Jewish and democratic State of Israel. And although we cannot be together this year, this crisis has made us feel, more than ever, that we are one family with a shared history, shared value, and shared destiny.” 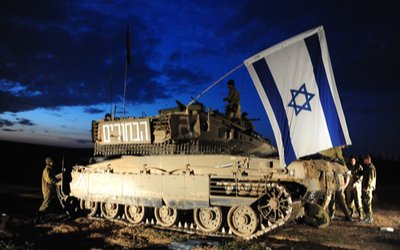