The Tel Aviv-based company’s air filter is being used in approximately 400 different buses up north to help in the battle against COVID-19; Their products are sold on a global scale, both corporately and to the consumer. 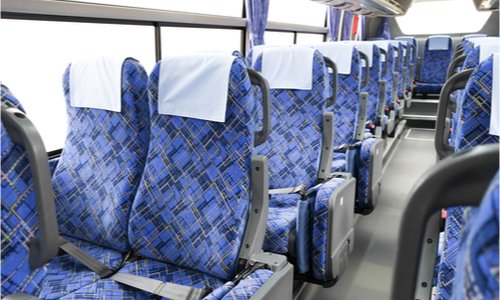 Most people are far more concerned about the air they breathe outdoors, but according to Aura Air, it’s actually your indoor air that can be up to five times more polluted than what’s waiting outside. And with the average person spending 90% of their time indoors, the quality of air becomes all the more vital and requires far more consideration.

Knowing what’s been previously stated, the team at Aura Air developed a device “that cleanses and disinfects your indoor air while vigilantly monitoring its quality in real-time. Cutting-edge in design, Aura is remarkably simple to install and effortless to operate.” And better yet, they claim, “Just hang it up and plug it in. We’ll do the rest.”

Countries to the far northwest have taken a keen interest in their product, as approximately 400 tour buses being used to provide transportation for essential workers in Ireland and the United Kingdom have it deployed currently. Additionally, domestic companies like Israel’s Sar El Group also use the Aura device in their buses.

Founder, Owner & President of Sar El Group, Samuel Smadja gave high praise to Aura’s device stating, “The results are impressive and we are proud to be working with a company that takes this matter seriously (the fight against COVID), using innovative technologies to reach an effective solution. Installing Aura Air purifiers will enable a safe and healthy environment for both our staff and customers, as well as encourage tourism to continue to take place and thrive.”

Aura Air’s device is comprised of four different units; the Pre-Filter, Ray-Filter, UVC LED, and Sterionizer – all of which work together to create an extremely effective air-cleaning system. The Pre-Filter acts as the initial safeguard, catching things like animal hair, cobwebs, and dust. The Ray-Filter, which Aura has a patent on, follows the Pre-Filter and catches particles a small as 0.3 microns with almost 100% (99.98%) efficiency. Additionally, its carbon layer consumes negative odors, and the smart copper fabric takes care of bacteria and even viruses.

And though it is effective in its fight against what’s in the air, it also allows users to monitor the air they’re breathing via simple use of an app. And for those riding in a bus, a QR code is provided inside the vehicle and can be scanned at any time to inquire about the quality of air around them.

Following the filters is the UVC LED, which, in the case that anything is left over, is “effective in neutralizing bacteria, viruses, and parasites by destroying the proteins on the cell membrane.” And lastly, the Sterionizer “generates positive and negative ions – just like those found in nature – that purify and freshen indoor air by eliminating the harmful pollutants mentioned above.”

The device is extremely versatile, able to be used in almost any setting. Furthermore, it can be purchased by both businesses and consumers directly.

Amid the battle against COVID-19 over the last 12 months, Israeli companies have been nothing short of impressive in the realm of ingenuity. The Jewish State has been successful in partnering with other countries to develop effective and efficient methods for fighting the virus. Even the prestigious Israel Aerospace Industries (IAI) has been involved, when in 2020, it halted its missile production line in order to produce much-needed ventilators.