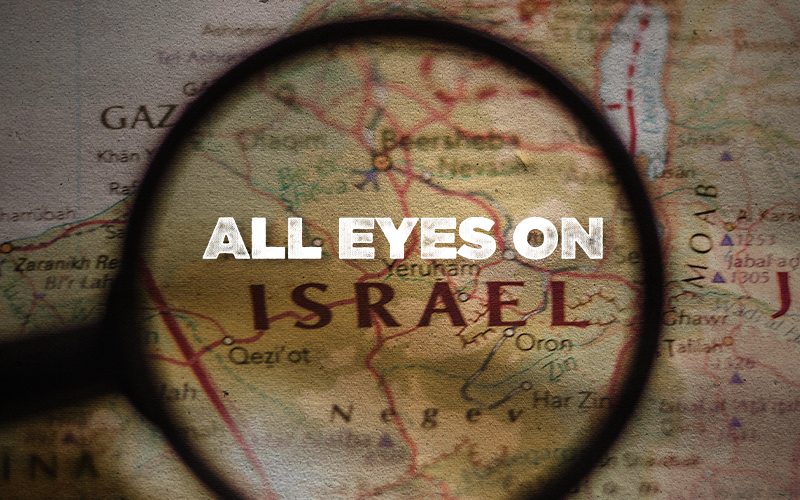 The Premiere of All Eyes on Israel

The Premiere of All Eyes on Israel

From the time of Abraham until now and into the future, God has had, does have, and will continue to have His eyes on Israel. In His wisdom and grace, He has chosen this small nation to be the center of His plans for this world. Because God’s eyes are on Israel for its good, the Enemy’s eyes also have been, are, and will be on Israel for its harm. In fact, this same Israel focus can be seen in the gazes of the world, the church, and even the Jews themselves. In his message, “All Eyes on Israel”, Amir Tsarfati shows that if you want to understand God and His plans for this world, then there is only one country you should be watching – the nation of Israel.