Israeli-developed drone is nominated for the International Security Innovation Award; The drones designed by ‘Percepto’ are utilized in multiple countries; This drone has been nominated specifically for the ‘Innovation of the Year’ category of Security & Fire Excellence Awards.

Israeli start-up company, Percepto, has designed a drone that has been nominated for the International Security Innovation Award in the areas of Security & Fire Excellence. This drone in known as their ‘Drone in a box’, and is being utilized in multiple countries. Autonomous drones of this type are able to fly up in the air to perform operational and security tasks without any immediate initiation from a human on the ground, as they can be programmed to a schedule. They can also identify potential mechanical failures as well as other issues. The Percepto drone obtains hardware that allows it to track movement at an advanced level. 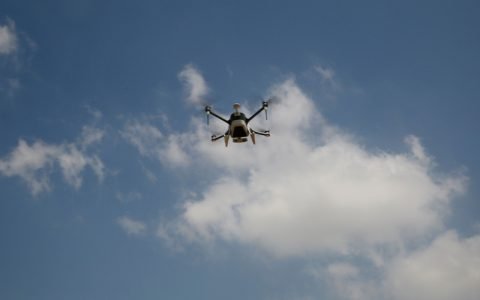 This drone has the ability to respond to a schedule that is set up by the owner and can carry out any task that is programmed on the spot. Additionally, it can handle a variety of severe weather including heavy rain and snow. Something efficient and unique is its ability to assist in security tasks without the need for a pilot.

From the ground to the air and back to the ground, Percepto is responsible for the development of its primary components, including the software and image processing system and employs approximately 70 people in Australia, Israel, and the United States. These drones are popular at many worksites, easing the way for maintenance and security investigation. The use of a drone also minimizes the risk of human injury or death.

Percepto’s Drone in a box was recognized in CIOReview’s Top 20 Drone Technology Solution Companies-2019, as well as The Technology Headlines 10 Companies Driving the Future of Robotic Technology.