Can the Deal of the Century Bring Peace to the Middle East?

President Donald Trump revealed the key points of his administration’s ‘Deal of the Century’ on Tuesday while Israeli Prime Minister Benjamin Netanyahu was visiting the White House; Several ambassadors for Arab nations were present for the announcement; The deal is being met with both approval and opposition. 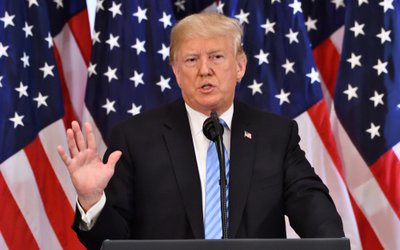 United States President Donald Trump revealed his plans regarding the ‘Deal of the Century’ on Tuesday while Israeli Prime Minister Benjamin Netanyahu was visiting the White House. Prior to releasing all of the intricate details of the plan, President Trump addressed all of the prior failed attempts by US Presidents to truly accomplish anything in the region. In fact, not only have prior administrations failed to accomplish anything, they have a history of doing harm to the Jewish State in the name of political correctness and globalism.

In addition to Israeli Prime Minister Benjamin Netanyahu being present, several ambassadors from other countries in the Middle East were present as well, such as Kuwait, Bahrain, and the United Arab Emirates (UAE). While they were not present, both Egypt and Saudi Arabia gave their approval for the plans along with Britain, Kuwait, UAE, and Israel. In a manner not so surprising, Yemen, Iran, Turkey, Jordan, and the Palestinians all rejected the deal. 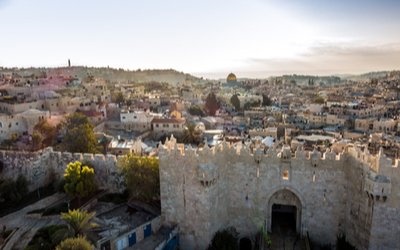 Some of the major points released in today’s press conference are as follows:

-Jerusalem is to remain the undivided capital of Israel

-East Jerusalem is to be recognized as the capital of Palestine should they follow all of the other mandates put forth in the deal
*When Trump says “East Jerusalem”, he’s referring to the territory outside of the security border that was established during the Second Intifada. This is really a small area that is located within the confines of Jerusalem proper but outside of the existing security border, nowhere near the old city. It’s an area where Arabs already reside.

-The Palestinians will have four years to meet the requirements put forth in order for there to be a Palestinian state
*Additionally, they’ll be required to disarm the Iranian-backed Hamas regime and disband the military in the Gaza Strip

Something to take note of as a significant milestone in this process is the fact that Israel, for the first time, has accepted the “distribution of land” map that is being proposed.

President Trump gave high praise for the Jewish state prior to the revelation of the peace plan, stating:

“Israel is a light unto the world. The hearts and history of our people are woven together. The land of Israel is an ancient home and sacred place of worship, and a solemn promise to the Jewish people that we will never again repeat history’s darkest hour.”

He would also sympathize with the Palestinians and the oppression they live under. Not because of Israel, as the UN would have you believe, but because of their own leadership:

“I was saddened by the fate of the Palestinian people. They deserve a far better life. They deserve the chance to achieve their extraordinary potential. Palestinians have been trapped in a cycle of terrorism, poverty, and violence, exploited by those seeking to use them as pawns to advance terrorism and extremism.”

Sadly, it didn’t take long for the Palestinians to reject the deal. While you’ll hear every excuse or reason in the book as to why, the reality remains that the Palestinians (not all, but those in authority), much like Iran, won’t be satisfied until “the name of Israel be remembered no more.” There is no amount of land you can offer them to reach a point of contentment. If every Jew in Israel were to be uprooted and given a piece of land on another continent for their country to be relocated, those who hate the reality that is called Israel would still seek their destruction.

Can There be Peace in the Middle East?

Yes. There can absolutely be peace in the Middle East, and one day there will be. But not until the Prince of Peace, Jesus, has returned. It is then that the world will experience what God promised through the prophets. The problem until then? Sinful man.

For centuries and to this date we’ve seen a situation wherein the descendants of Esau are demanding what was promised to the descendants of Jacob-the land of Israel. While Israel’s abiding in the land was conditional based on their obedience to the LORD, their title deed to the land never changed. The LORD warned Israel of the rough road ahead should they disobey. In fact, before Moses died, he didn’t say “IF” they disobey in the future, he said “WHEN” they disobey, they’ll be driven from the land to the nations of the world.

Did you know that while Israel was out of the land, God still referred to it as THEIR land? (Ezekiel 36:24)

Did you know that regardless of who is in the land, God calls it HIS land and He will judge those who seek to divide it according to their own wisdom? (Joel 3:1-2)

Truthfully, we should be concerned whenever our leaders get involved in a peace-making process in the Middle East, especially when the land of Israel is involved, knowing how God will one day judge. In regards to the Trump peace plan, at least for now, we can remain confident in most respects. Past attempts from US administrations to bring peace have involved implementing unnecessary burdens on the Jewish state in the name of political correctness. This is not the case, currently. In fact, it’s quite the opposite. More has been accomplished in Israel’s favor in the last three years than in decades of failed attempts. Beyond all that the current US administration has done in favor of Israel, this plan follows the same path. While the plan falls short of recognizing ALL of the land as Israel’s, its foundation is the reality that Israel belongs to who God says it belongs to, the Jews, while providing the means for the Palestinians to have a fresh start.