As Memorial Day Comes to an End, Israelis Will Begin Celebrating 73 Years of Independence

2021 presents Israel’s 73rd birthday since its rebirth as a nation in 1948; Following Yom HaZikaron (Memorial Day), the atmosphere will turn from mourning to joy as people throughout the Jewish State begin the celebration of Yom HaAtzma’ut (Independence Day). 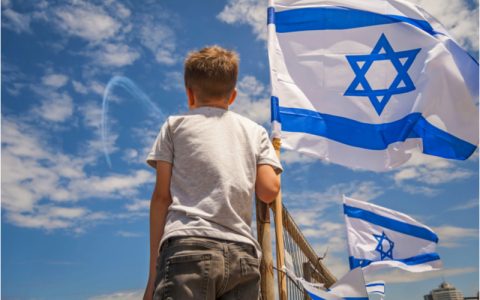 After dedicating the solemn day of Yom HaZikaron to remember those who have gone before them, Israelis will now prepare to celebrate their 73rd year of independence as a nation on Yom HaAtzma’ut. Independence Day was strategically placed after Memorial Day in recognition of the reality that without the brave sacrifice of so many Jewish men and women in Israel’s history, there would be no independence.

1948 marked the rebirth of the nation of Israel when the Jewish people declared independence in their homeland in the aftermath of World War II. Their independence was made official on May 14, 1948, with the signing of the Declaration of Independence in Tel Aviv. However, Yom HaAtzma’ut is not recognized annually on that date, but rather, it is celebrated on the third of Iyar on the Jewish calendar.

It was only a matter of hours before five different Arab nations acted on a mutual interest of eradicating the name of Israel from the face of the earth after the nation was born on May 14, 1948. Jordan, Egypt, Iraq, Syria, and Lebanon all attacked the Jewish State the very next day, which is known as the Arab-Israeli war of 1948. God’s hand in the deliverance and survival of the Jewish people is a story like no other. Miracle after miracle took place, whether it be the Lord instilling fear in the heart of their enemies or His miraculous intervention when soldiers were in a seemingly irredeemable situation.

Zechariah 2:8
For thus says the Lord of hosts: “He sent Me after glory, to the nations which plunder you; for he who touches you touches the apple of His eye.”

From Holocaust survivors to a radiant, thriving nation, Israel now has one of the leading economies and militaries in the world. In 2021, Israel currently has the second-best economy in the Middle East. Israel’s population today is over 9 million people.

Sundown on Wednesday will mark the beginning of Yom HaAtzma’ut when mourning will turn to joy as Israelis celebrate what they’ve held so dearly for 73 years now. Traditionally, there is a ceremony at Mount Herzl in Jerusalem, where they raise the flag from half-staff to the top of the pole. This is typically followed by a speech and military parade.

This year’s torch-lighting ceremony at Mount Herzl will include 14 people ranging in ages from 18 – 102. As reported first by Ynet News, 102-year-old Yaish Giat voiced his hope for unity in the Jewish State saying, “People say it is a great honor. I do not know. When I raise the torch, I will wish that our nation love one another, that people will respect one another for the benefit of the Land of Israel.”

Though restrictions on travel made entering the country a tall order, there were over 20,000 Jews who made aliyah (“going up”) in 2020 from over 70 countries.