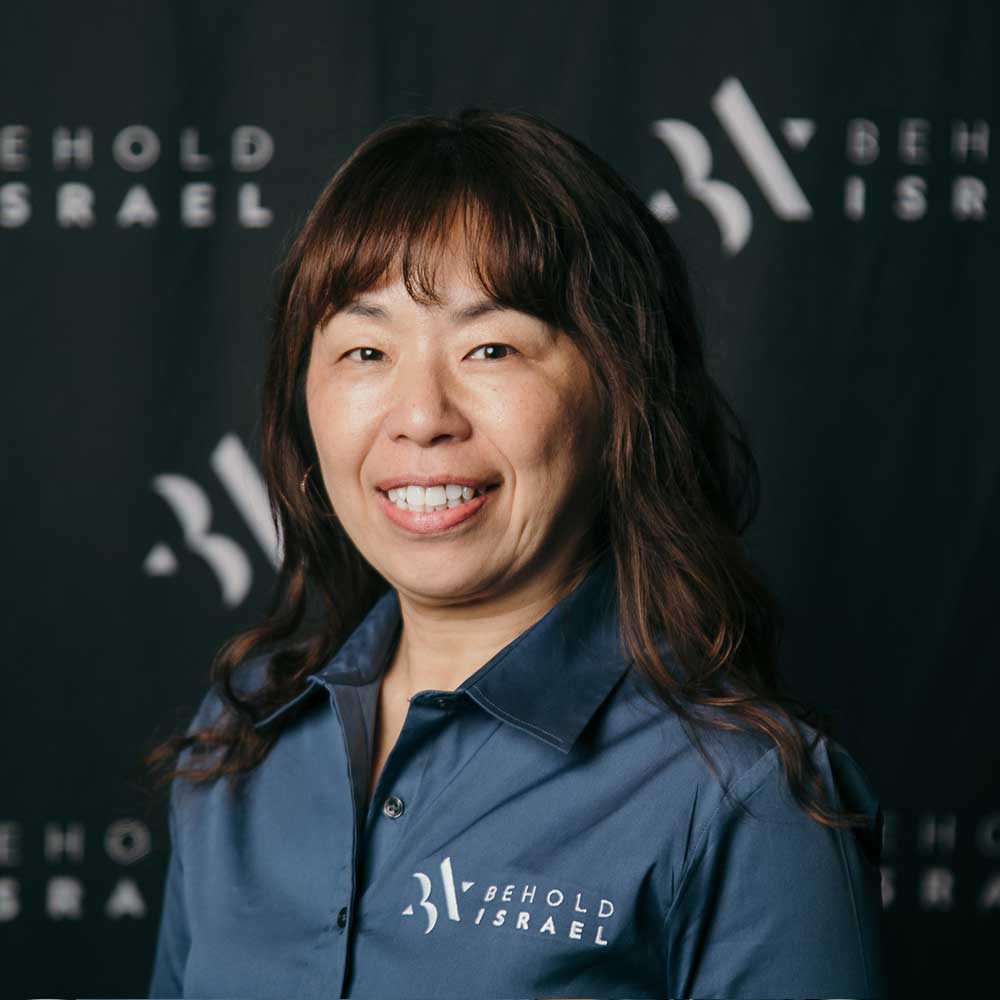 Kayo was born and raised in Japan, but has been living in California, USA, since 1996. She came to know the Lord in 2009.

She encountered one of Amir’s teachings in 2013, and has been translating his messages into Japanese ever since. Not only does she help translate, but she also oversees all of Behold Israel’s translators around the world, which includes over 40 people and over 20 languages.

Kayo is married and has three daughters.