A Brief Commentary on the 10th of Tevet (Asarah B’Tevet)

If you’re familiar with the timeline of events in the Old Testament, then you will recall that after David’s death his son Solomon took over the kingdom. It was under Solomon’s reign that the first temple was built in ancient Jerusalem. As time transpired and the Jews disobeyed God in the land by neglecting the sabbath year for seventy years, just as the Lord had previously warned them, they were taken captive by the Babylonians and expelled from their land for seventy years.

The 10th of the Hebrew month of Tevet is a memorial day for the sieging of Jerusalem by the Babylonians under King Nebuchadnezzar. It is on this day that the beginning of the siege of Jerusalem took place. Thirty months later (or 900 days on the Jewish calendar), on the 9th of Tammuz, the Babylonians successfully breached the walls of Jerusalem. And on the 9th of Av, they destroyed the first Jewish temple. One of the accounts in scripture regarding the beginning of the siege is given in 2 Kings 25:1-2:

“Now it came to pass in the ninth year of his reign, in the tenth month, on the tenth day of the month, that Nebuchadnezzar king of Babylon and all his army came against Jerusalem and encamped against it; and they built a siege wall against it all around. So the city was besieged until the eleventh year of King Zedekiah.”

Additionally, the Lord told the prophet, Ezekiel, to mark this specific day as a day of remembrance, which is recorded for us in Ezekiel 24:1-2:

“Again, in the ninth year, in the tenth month, on the tenth day of the month, the word of the Lord came to me, saying, “Son of man, write down the name of the day, this very day—the king of Babylon started his siege against Jerusalem this very day.”

The Jews commit this day to fasting, mourning, prayer, and repentance. The fast begins at daybreak and is completed when nightfall begins. Interestingly enough, when the Romans sieged Jerusalem in 70 A.D., it was on the 9th of Av that they, too, would destroy the second Jewish temple that was built after the Jews returned from Babylon. 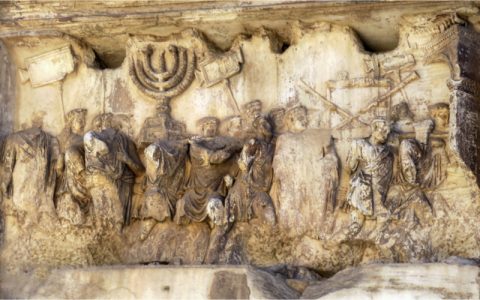